Live Streaming Of CSK Vs KKR: Where To See IPL Final Live On Dussehra Day 2021

The Chennai Super Kings vs Kolkata Knight Riders IPL 2021 final can be seen live both on TV and digital platforms. 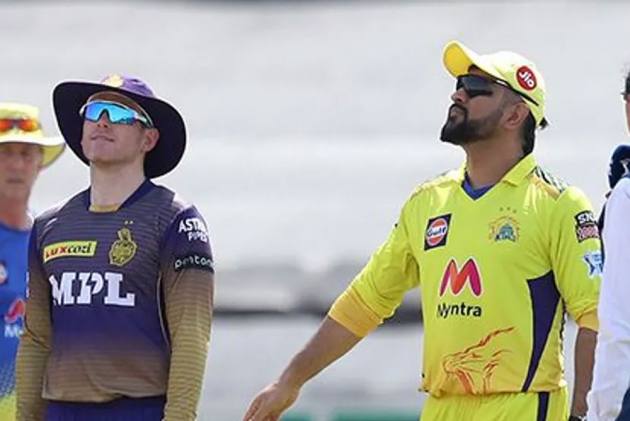 Cricket fans could not have asked for better entertainment on Dussehra Day 2021. Chennai Super Kings will lock horns with Kolkata Knight Riders in Dubai on Friday evening in the final of IPL 2021. It's the ninth IPL final for MS Dhoni's Chennai Super Kings. watch live streaming of CSK vs KKR. The IPL final starts at 7:30 PM IST.

Kolkata Knight Riders have never lost in an IPL final. Under Gautam Gambhir, KKR win the IPL titles in 2012 and 2014. This time in the UAE leg of IPL 2021, KKR, under England captain Eoin Morgan are on a roll after scoring back-to-back wins against Royal Challengers Bangalore and Delhi Capitals in the knockouts.

IPL finals and Chennai Super Kings go hand in hand. Three-time champions CSK have lost five finals but MS Dhoni always has a way in these blockbuster games. Dhoni showed that when CSK outsmarted Delhi Capitals in the first qualifier and stormed into the IPL 2021 final.

Live streaming of the CSK vs KKR final can be seen on Disney+ Hotstar. Live coverage starts from 7:30 PM IST.

The success of IPL can be attributed to Star India’s strategy of regionalisation and customer segmentation, whereby the tournament is presented in eight different languages to cater to viewers in different states and regions and two additional customised match-feeds to cater to specific consumer segments, according to a press release.

IPL live viewership is expected to cross 400 million for the fourth consecutive year!