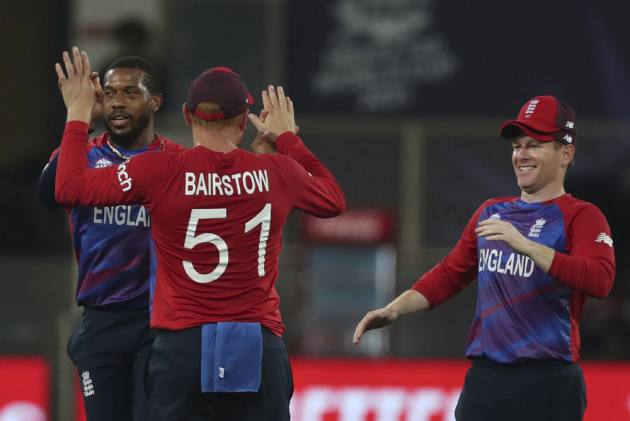 England face Bangladesh in the 20th match of ICC Men's T20 World Cup 2021 in Abu Dhabi, UAE on Wednesday. England started their campaign with a resounding six-wicket win over defending champions West Indies, and will look to continue their winning momentum in Group 1. For Bangladesh, who survived a tough Group A in the first round to make Super 12, it will be a fresh start. They suffered a five-wicket defeat against Sri Lanka.

Despite the absence of star players like Ben Stokes, Jofra Archer and Sam Curran, Eoin Morgan's England are one of the title contenders. And they have shown it in the fixture against the Windies. The 2010 champions will start as favourites against Bangladesh. But Mahmudullah's Tigers are known for their fighting spirit.

The live streaming of England vs Bangladesh match will be available on the Disney+Hotstar and JioTV apps. The match starts at 3:30 PM IST, with toss happening half-hour earlier.

England and Pakistan have never met in T20Is. But England have played 138 matches so far, winning 74 of those. They lost 59 and five matches were no results. They are on a three-match winning run.