England topped Group 1 while New Zealand were second in group 2 at the end of the league stage of T20 World Cup 2021. See ENG vs NZ live. 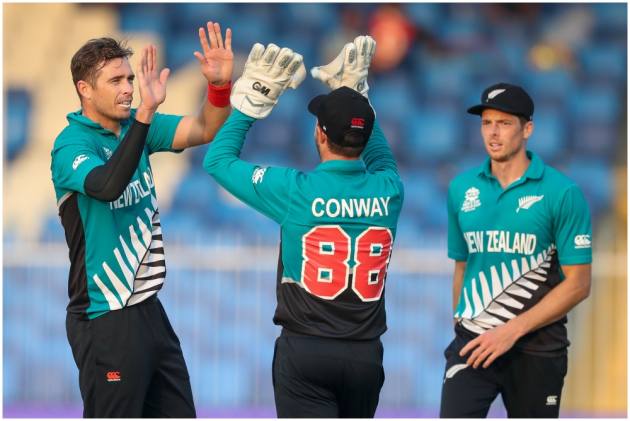 Group 1 leaders and injury-hit England will take on ever-consistent New Zealand in the first semifinal of the ICC Men's T20 World Cup 2021 at Zayed cricket stadium in Abu Dhabi on November 10 (Wednesday).

To Indian viewers, live streaming of ENG vs NZ will be available from 7.30 PM IST.

Considered as favourites, England dominated the group stage with impressive all-round performances. However, they were brought back to the ground in their final group game against South Africa. The Proteas, who were then fighting to make it to the last four, made England taste their own medicine.

The live streaming of the England vs New Zealand match will be available on Disney+ Hotstar from 7:30 PM IST.

It was a night to forget for both sides as England's weaknesses were exposed while South Africa failed to secure a semifinals seat on the net run rate.

Jason Roy and Tymal Mills less England would be hoping to come back stronger. Roy and Mills were ruled out after they suffered calf and thigh injuries, respectively.

England will draw confidence from the night when they defeated New Zealand in the 2019 ODI World Cup finals at the Lord's.

On the other hand, New Zealand displayed sheer class in their last group match. It was a knock-out game against Afghanistan and everything was at stake.

New Zealand had no option but to overcome the Afghans and book their semifinals spot. Along the way, the Kiwis also knocked hosts India out of the tournament.

The seasoned new-ball pair of Trent Boult and Tim Southee have impressed with their line and lengths. And the spin duo of Mitchell Santner and Ish Sodhi have been effective in the powerplay overs.