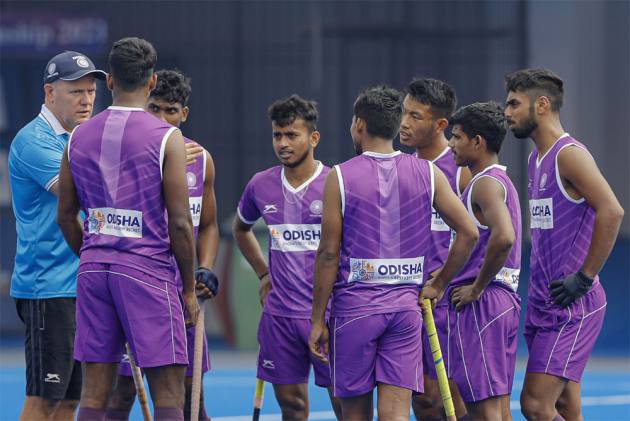 Defending champions India will start as favourites when they take on France in their FIH Men’s Hockey Junior World Cup 2021 opener at the Kalinga Stadium in Bhubaneswar on Wednesday. Apart from India, only Germany have won the Junior World Cup multiple times. (More Hockey News)

India will be led by Vivek Sagar Prasad, who was part of the historic Olympics bronze medal-winning squad in Tokyo in August. India ended their 41-year-old Olympic medal drought when they defeated Germany to win the third place.

India have been clubbed with Poland, France and Canada in Pool B. India play their first match against France on November 24 before playing Canada the next day. India’s last group encounter is on November 27 against Poland.

The live streaming of the FIH Men’s Hockey Junior World Cup 2021 will be available on watch.hockey from November 24 to 30. Star Sports 1, Star Sports 1 HD and Star Sports 3 will telecast the knockout matches live from December 1 to 5.

The live streaming of the FIH Men’s Hockey Junior World Cup 2021 will also be available on the Disney+ Hotstar website and mobile app from December 1 to 5.

A total of 16 teams have been divided into four groups. The top two teams from each pool will progress to the quarterfinals. The first and second-placed teams from Pool A and Pool B will face each other in the last eight, with the same format followed for Pool C and Pool D.

The third and fourth teams from each pool will play each other for classification.