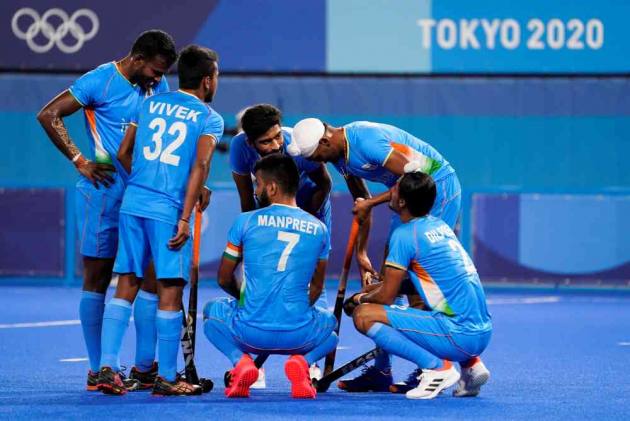 Indian men's hockey team will be chasing history when they take on Great Britain in the men's quarterfinal match in Tokyo on Sunday. Tokyo Olympics | Full Schedule | Sports News

The eight-time champions, India will look to book a last four berth in the quadrennial sporting extravaganza after a hiatus of 41 years.

With an unprecedented eight gold medals in its kitty, Indian hockey has a rich history at the Olympics with its last triumph coming way back in the 1980 Moscow Games.

Since then, Indian hockey has witnessed a downward slump as the past masters of the game registered its best finish -- a fifth place -- in the 1984 Los Angeles Olympics.

Having failed to qualify for the 2008 Beijing Games and finishing last in the 2016 Rio Olympics, hockey, as a sport, in the country went from bad to worse.

But the last five years witnessed a significant improvement in India's performances, which propelled them to the third place in the world rankings.

Since taking over the reigns of the side two years ago, Australian Graham Reid has brought a sense of self belief, bonding and confidence among the Indian players, which was lacking as they often used to wilt under pressure despite having the requisite skills to be world beaters.

Barring the 1-7 defeat against Australia, the Indians so far had a perfect Olympic campaign having registered four wins out of five matches to finish second in Pool A behind the Kookaburras.

Great Britain, on the other hand, finished third in Pool B with two wins, as many loses and one draw.

Beyond doubt, India's confidence should be on sky high having registered three consecutive wins after the demoralising defeat against Australia.

Going by rankings too, India should start as favourites against the world no.5 Great Britain.

The Indians have been impressive upfront, creating numerous scoring chancesso far in the Games but the forwardline being led by Mandeep Singh needs to get their act together.

Known for his quick reflexes inside the opposition circle, Mandeep, in particular, had turned out to be a disappointment so far but the likes of Simranjeet Singh and Gurjant Singh have tried to make up for him.

India's strong areas so far in the competition has been its midfield which comprises the likes of skipper Manpreet Singh and Nilkanata Sharma.

But the most important area which remains a cause of concern for coach Reid is the team's backline being led by experienced goalkeeper PR Sreejesh.

While Sreejesh has lifted his game by leaps and bounds after conceding seven goals against Australia, the likes of veteran Birender Lakra, Rohidas, Harmanpreet and Rupinder need to to be at their toes against the British.

India's chief coach Reid too harped on the fact that the teams needs to raise its game inside the opposition circle going into business end of the tournament.

"...trying to get on the tempo that we are going to need on Sunday. Good to get a couple of field goals, created a lot of opportunities (against Japan), but I think we still need to get better at those outcomes in the circle," he had said after the team's last pool match.

Going by head-to-head record in the Olympics, there is hardly anything to differentiate between the two sides.

India has played Great Britain eight times in the Olympics, winning four and losing as many games.

In terms of goals scored in the Olympics against their next opponents, India holds an edge having scored 18 and conceded 13. (With inputs from PTI)