India have already taken an unassailable 2-0 lead in their three-match T20 International series against New Zealand. Check match and telecast details of the third IND vs NZ T20 cricket match. 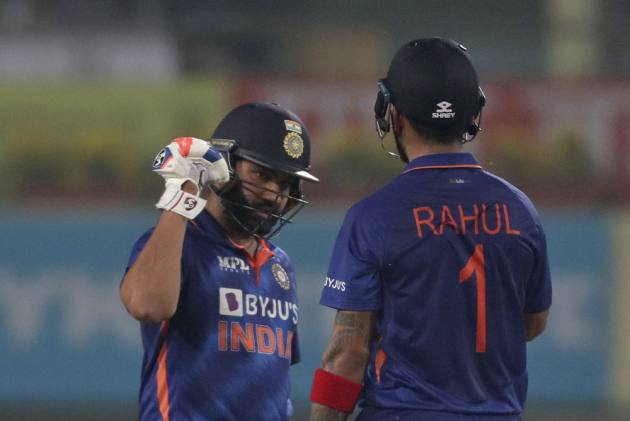 As Rohit said after the second T20I in Ranchi, India are likely to test the bench strength in the third match. A confident India can infuse fresh blood and hope for another convincing win. The visitors, in the absence of Kane Williamson, have struggled.

Star Sports Network has the broadcasting rights for New Zealand's tour of India 2021.

The 3rd T20I between India and New Zealand will be live streamed on digital devices from 6:50 PM IST. The live streaming of the IND vs NZ cricket match will be available on Disney+ Hotstar. Toss will happen at 6:30 PM IST.

This will be the 20th meeting between India and New Zealand in T20Is. India lead the head-to-head record 10-9, with eight of those wins coming in the last ten meetings.

But the Kiwis lead the series head-to-head record, 3-2. India blanked the Kiwis in the previous series 5-0 in New Zealand. India are looking to extend their five-series win record at home.

What happened so far in the series?

A nervy India chased down New Zealand's 164/6 with four balls to spare at Sawai Mansingh Stadium, Jaipur on Wednesday. Skipper Rohit hit 48 off 36 before Suryakumar Yadav's 62 off 40. But Kiwi opener Martin Guptill top-scored with a 42-ball 70. Mark Chapman hit 63 off 50.

Two days later, India toyed with the Kiwis at JSCA International Stadium Complex, Ranchi. For the second time, Rohit won the toss and opted chase. Kiwi top-ordered produced the goods with openers Guptill and Daryl Mitchell hitting 34 each. Chapman and Glenn Phillips scored 21 and 34. But India kept taking wickets to restrict the visitors to 153/6. Debutant Harshal Patel returned with a brace. Then, KL Rahul and Rohit stitched a 117-run stand in just 13.2 overs to leave the contest redundant.