The Ireland vs Namibia T20 World Cup 2021 encounter in Sharjah on Friday will be a cracker of a contest with the winner earning a passage to the Super 12 stage. Get here details of live streaming of IRE vs NAM. 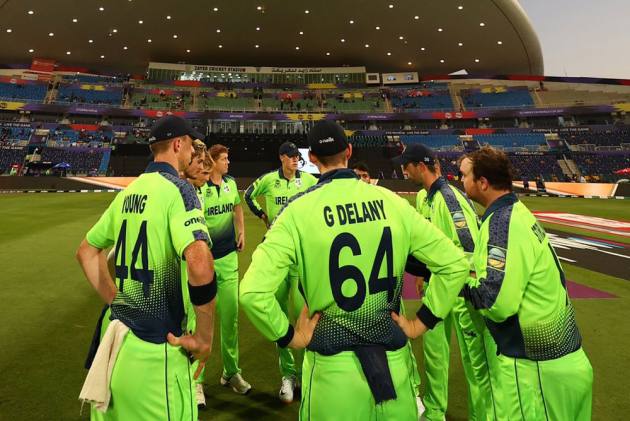 With Sri Lanka already through to the T20 World Cup 2021 Super 12 stage and the Netherland out of contention, the battle boils down to the Ireland vs Namibia encounter in Sharjah on Friday with the winner taking it all. Incidentally, both teams have lost to Sri Lanka and beaten the Netherlands and thus have two points each. The IRE vs NAM match will be played from 3.30 PM IST and can be seen on live streaming.

Ireland made a rocking start to their campaign with Curtis Campher’s four wickets in four balls rattling the Netherlands. However, they fell miserably against the Lankans. Going ahead, Ireland will hope for a better display with the bat against Namibia and expect their in-form bowlers Campher, Joshua Little and Mark Adair to fire on all cylinders.

On the other hand, Namibia will be high on confidence after their maiden T20 World Cup win against the Netherlands, thanks to lower-order heroics from former South African all-rounder David Weise. It was also their highest successful chase in a T20 international.

Little returned career-best figures of four for 23 in Abu Dhabi, which featured two wickets in his first over, but could not prevent Sri Lanka winning by 70 runs to secure their own safe passage to the next round. The 21-year-old left-armer might have been on the losing side here but his performance was impressive, taking his 2021 T20I wicket tally to 12 from nine matches.