Ireland face a tough test against the Netherlands in their ICC T20 World Cup 2021, Group A match. Check match and telecast details. 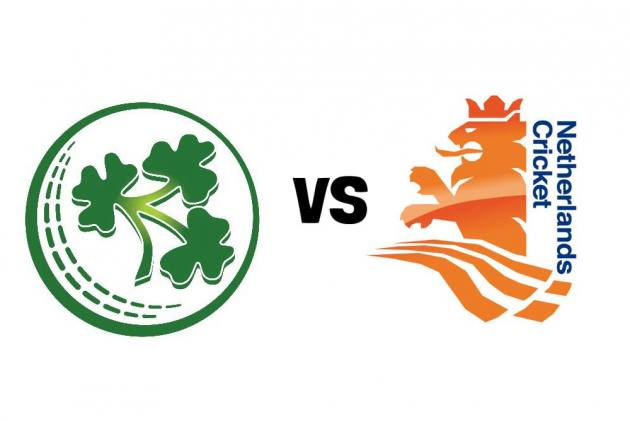 Ireland face Netherlands in a mouth-watering ICC T20 World Cup 2021, Group A fixture in Abu Dhabi, UAE on Monday. Both the teams are known for punching above their weight and they need a good start to escape a tough group, which also has former champions Sri Lanka and dangerous Namibia. (More Cricket News)

Ireland have registered World Cup victories over Pakistan (2007), England (2011), West Indies (2015) and Zimbabwe (2015), and Bangladesh (2009 T20 World Cup). And Netherlands have also been at the heart of some of the most memorable moments in T20 World Cup history with brilliant one-off successes, including famous victories against England in 2009 at Lord's and 2014.

Ireland also surprised many by reaching the second round of T20 World Cup in 2009, in their debut tournament. And this time, they will be chasing more than a first win in a T20 World Cup tournament since 2014.

Skipper Gary Wilson is a proven leader, but the team will rely heavily on experienced Kevin O'Brien. Then there are the likes of Mark Adair, Andy Balbirnie, George Dockrell, Boyd Rankin, Simi Singh, Paul Stirling, etc. A fine team that can take on any side.

In Ryan Ten Doeschate, Ben Cooper and Roelof van der Merwe, Netherlands also have some top talents. But what augurs well for the Dutch is the calming presence of captain Pieter Seelaar.

They have met 12 times, with the Netherlands leading the head-to-head record 7-4. There was one no result too. In the last meeting, Netherlands won by 21 runs in Dubai.

In the 2014 edition, Netherlands had beaten Ireland as they chased down a total of 190 in less than 14 overs to qualify for the second stage.