Live Streaming Of ISL 2021-22, FC Goa Vs Jamshedpur FC: When And Where To Watch Live Football Match 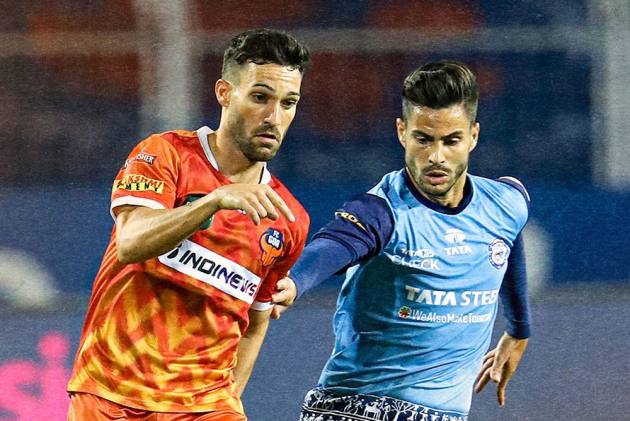 Yet to pocked a full three points in the ongoing Indian Super League (ISL) 2021-22 season, FC Goa and Jamshedpur FC will lock horns in search of a win on Friday at the GMC Athletic Stadium in Bambolin. The FC Goa vs Jamshedpur match will start at 7:30 PM IST. (More Football News)

While FC Goa are coming off a 3-0 defeat against Mumbai City FC in their opener, Jamshedpur FC drew against East Bengal. Aiming for the first victory of the season, the FC Goa vs Jamshedpur FC clash promises a high-voltage encounter.

The live streaming of FC Goa vs Jamshedpur FC tie will be available on Disney+ Hotstar and JioTV.

Against Mumbai City FC, Goa created very few goalscoring chances and their midfielders looked out of sorts at times. FC Goa coach Juan Ferrando needs to play his cards right against Jamshedpur FC if they have to win full points.

Jamshedpur FC's defence has been solid with Eli Sabia partnering well with skipper Peter Hartley. However, the major area of concern for Owen Coyle's team is the lack of goals from strikers Nerijus Valskis, Jordan Murray, Greg Stewart and Ishan Pandita.

Jamshedpur FC have faced FC Goa eight times in the Indian Super League. Out of those eight meetings, FC Goa won five times while Jamshedpur FC managed to register only two victories. The remaining game ended in a draw. The last time these two teams met, the result went in favour of the Gaurs (3-0) with Jorge Ortiz scoring a brace.