Live Streaming Of Mohun Bagan Vs Gokulam Kerala FC: When And Where To Watch Live I-League Football Match

All you need to know about the Mohun Bagan Vs Gokulam Kerala FC football match of the 2019-20 I-League season -- Live Streaming, TV Telecast, Kick-Off Time, Date, Time And Venue 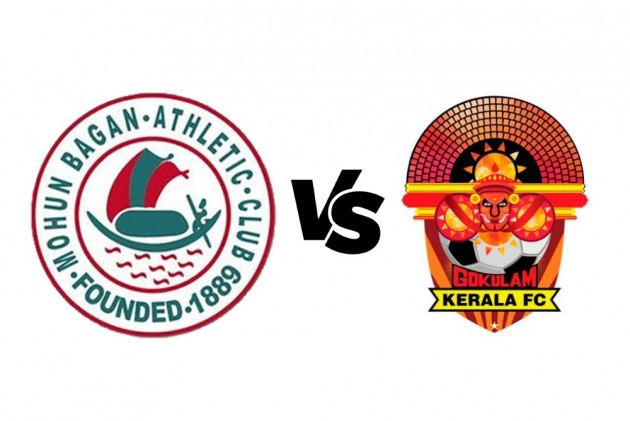 Former champions Mohun Bagan will look to turn the tide against Gokulam Kerala FC (GKFC), a side they have not beaten in five previous encounters, as they prepare of the I-League 2019-20's first Kolkata Derby against local rivals East Bengal. (More Football News)

This will be Mohun Bagan's final game before next Sunday's big 'derby' against East Bengal and they would love to carry momentum into that blockbuster clash - one of world football's biggest derby games. They have shown signs of combining better as a team as the league has progressed.

They lost a high-scoring entertaining game against Goan side Churchill after having 71% of ball possession and then completely overwhelmed TRAU. They have also seemingly unearthed the young and fresh Subha Ghosh, who has come off the bench and scored in two successive games.

Gokulam have an all-win record from their two games so far and look well organised while Bagan redeemed themselves with a 4-0 victory over debutants TRAU FC in their previous game, after failing to register a win in their first two. In fact, they went down 2-4 to Churchill Brothers at home in their second game.

Ugandan frontman Henry Kisekka and Trinidadian striker Marcus Joseph have scored all of Gokulam's three goals so far and are their standout performers by a mile, while another Trinidadian Nathaniel Garcia, imposed himself very well in midfield in the second game against the Indian Arrows.

When is the I-League 2019-20 match between Mohun Bagan and Gokulam Kerala FC?

How to watch and live stream the I-League 2019-20 match between Mohun Bagan and Gokulam Kerala FC?

Kibu Vicuna, Spaniard coach of Bagan, brushed aside his side's previous result against Gokulam in the Durand Cup when prompted, saying in the pre-game chat among other things: "It is a different game tomorrow. That match was very even and we didn't take advantage of the chances we had at the end of the match. We know that we have a hard game to play but we are prepared to face it. Our objective is to see that we are able to play well in order to garner the full three points."

Gokulam coach Fernando Varela, however, refused to read much into Gokulam's recent form and success against their Monday opponents who they had beaten in their only previous encounter this season in the Durand Cup.

Sharing his thoughts ahead of the game, he said: "Mohun Bagan are a very competitive side with great players and with quality to make a combined game. We must be concentrating for 90 minutes to beat them and we will concentrate on our improvement as a team and how to play a good game. The League has just begun and we must continue to improve."

With both sides relatively fresh and at full strength, it promises to be a good competitive game of football in front of a vocal and partisan crowd at Kalyani stadium.