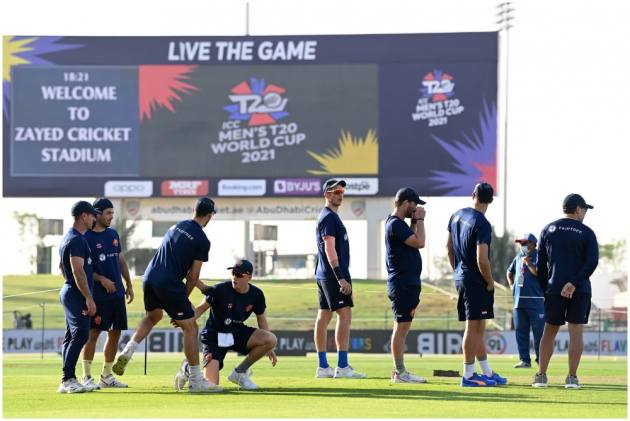 After a poor outing against Ireland, the Netherlands will look to regroup and open their account when they take on tournament debutants Namibia in a must-win match of the ICC Men’s T20 World Cup’s first round in Abu Dhabi on Wednesday. (More Cricket News)

The match can be seen live on TV as well on live streaming on digital devices. The NAM vs NED match will be played in Abu Dhabi and live streaming will start at 3:30 PM IST on Star Sports networks.

The Netherlands cricket team were simply blown away by a stunning four-wickets-in-four-balls performance by Ireland pacer Curtis Campher in their last match and will hope to quickly forget the seven-wicket loss and post a win against Namibia in the Group A game to keep themselves in the fray for a Super 12 berth.

Namibia lost to Sri Lanka in their opening fixture. A defeat against the Netherlands will surely end Namibia's Super 12 dreams.

Max O’Dowd will be a go-to man for Netherlands for runs as his 47-ball 51 saved the Dutch after they were reduced to 51/6 against Ireland. Netherlands won’t mind contributions from the likes of Colin Ackermann, veteran Ryan ten Doeschate and others Scott Edwards.

Both teams have met only once with Netherland emerging triumphant by 44 runs in Dubai.

Match: ICC T20 World Cup 2021, Group A match between Namibia and the Netherlands