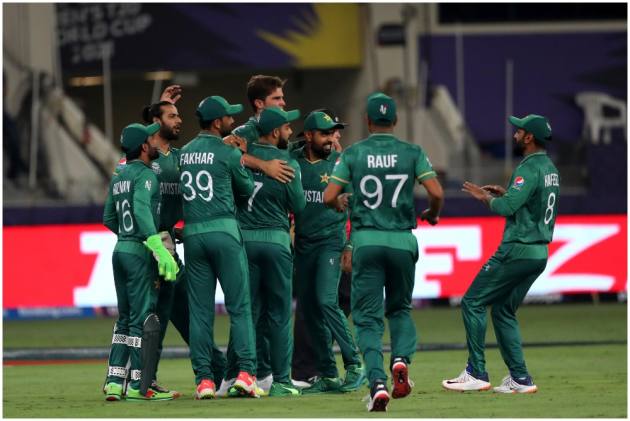 The Nambia vs Pakistan T20 World Cup 2021 encounter in Abu Dhabi on Tuesday evening (7:30 PM IST) will be a cracker of a contest as Pakistan have a great opportunity to seal their semifinal spot. Get below details of live streaming of NAM vs PAK.

With three wins in as many games, Pakistan have almost sealed their spot in the semifinals of the ongoing ICC Men’s T20 World Cup in the UAE. The Babar Azam-led team will aim to consolidate its position in Group 2 after big wins against India and New Zealand.

Namibia vs Pakistan will be live telecasted on TV and live streamed on digital devices from 7.30 PM IST.

The live streaming of Namibia vs Pakistan match will be available on Disney+ Hotstar.
Pakistan took the cricketing world by surprise as they pulled one back from the all World Cup records 1-12 against India. The men in green stamped their authority when they outclassed New Zealand and Afghanistan too.

Pakistan's entire unit stood up and contributed to their hat-trick of wins. However, it was the trio of Shaheen Shah Afridi, Babar Azam, and Asif Ali that impressed everyone.

Babar's leadership skills, Shaheen's magical spell, and Asif's blitzkrieg in the death overs have make Pakistan a worthy candidate to appear in the semifinals.

On the other side, Namibia will hope to shrug off their 62-run thrashing by Afghanistan. The country which has a population of 2.5 million and only five cricket pitches surprised everyone with their historic entry in the T20 World Cup Super-12.

The team won its first clash against Scotland but went down in their second fixture. Skipper Gerhard Erasmus and his men need to lift their level if they wish to keep rubbing shoulders with the top teams.