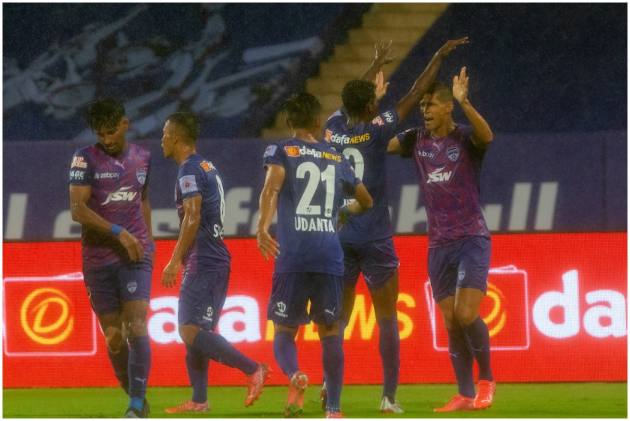 Buoyed by their 4-2 win against NorthEast United FC, Bengaluru FC will aim to continue their winning run when they face Odisha FC in another exciting Indian Super League (ISL) 2021-22 encounter on Wednesday at the Tilak Maidan in Vasco. The match starts at 7:30 PM IST. (More Football News)

The live streaming of the Odisha FC vs Bengaluru FC will be on Disney+ Hotstar and JioTV from 7:30 PM IST.

Known for their professionalism, Bengaluru FC have always been a dominant force in the Indian football circuit since they came into the scene in 2013. Bengaluru made a bright start against NEUFC scoring twice in the opening 11 minutes.

The likes of Cleiton Silva and Jayesh Rane lit the Goan sky against NorthEast United FC and head coach Marco Pezzaiuoli will once again bank on them. And don’t forget talisman and Khel Ratna Sunil Chhetri in the Bengaluru FC line-up.

On the other hand, Odisha FC are a completely transformed side compared to what they were in the previous year.

After finishing a poor 11th and winning just two matches and conceding 44 goals in the previous ISL season, Odisha FC made the biggest signing in the history of the tournament by acquiring the services of Spanish legend and 2010 FIFA World Cup winner David Villa as head of Global Football Operations.

A series of signings followed. Odisha FC brought in head coach Kiko Ramirez and an entirely new foreign contingent to turn around their fortunes.

While former ATK Mohun Bagan man Javi Hernandez will add composure and stability having proven his mettle before in the tournament, Odisha’s goal-scoring prowess rests on Brazilian forward Jonathas.

Jonathas had a decent outing with Hatta in the UAE Pro League where he scored six goals in 10 matches and also has experiences of playing across Europe in clubs like Elche, Real Sociedad, and Hannover 96.