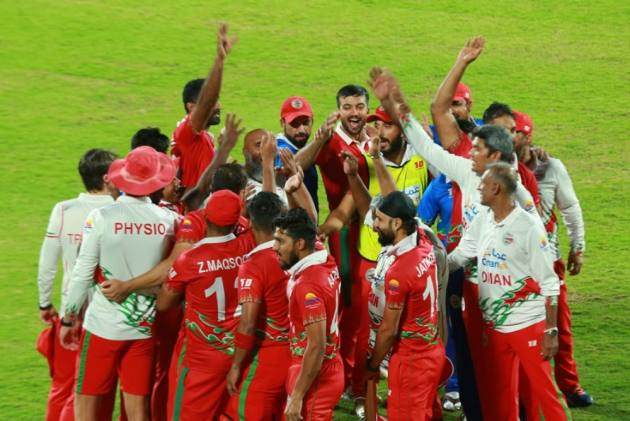 After months of uncertainty, the seventh edition of ICC T20 World Cup will finally kick off on Sunday. In the tournament opener, hosts Oman take on debutants Papua New Guinea. Here's all you need to know about the qualifying round, Group B fixture.

Oman skipper Zeeshan Maqsood won the toss and elected to bowl against Papua New Guinea. Here are the playing XIs

Papua New Guinea (15th) are ranked higher than Oman (18th) in the ICC T20I rankings, but they will face a stiff challenge from the hosts. Oman, making their second appearance in the tournament, have grown as a fighting side. And they looked like a side ready to take on a ny challenge.

In their first warm-up match, Zeeshan Maqsood & Co defeated fellow minnows Namibia by 32 runs, then lost to the Netherlands by four runs.

In contrast, Papua New Guinea lost both their warm-ups -- by eight wickets to Ireland and by 39 runs to Sri Lanka. Also, the Assad Vala-led side is still struggling to deal with the worst surge in COVID-19 cases since the pandemic began. Several squad members are in bereavement.

But like any other professional side, they are here to take on the world. And a good outing in the tournament will help spread smiles across the faces of their countrymen.

On the other hand, co-hosts Oman, who qualified with a victory over Ireland five years ago, will aim to exploit the home advantage.

The match will be followed by Bangladesh vs Scotland clash in the same group.

Skipper Vala's runs at No. 3 will be pivotal for the side while the all-rounder's off-spin is also likely to play an important role in complementing the pace of Norman Vanua. Opener Tony Ura, meanwhile, has a T20I century to his name and remains the owner of his country's highest ODI score following a sublime 151 against Ireland in 2018.

Oman will rely on the top-order and seamers to win matches. They also boast of a versatile selection of slow bowling all-rounders. Aaqib Ilyas and Jatinder Singh make for a strong opening pair. The bowling attack will be spearheaded by Bilal Khan, who has 51 T20I scalps.