Live Streaming Of Pakistan Vs West Indies: How To Watch PAK Vs WI Cricket Series

Pakistan vs West Indies series starts with the first of the three T20 Internationals at National Stadium, Karachi on December 13. It will be followed by two more T20s and three ODIs. All six matches will be played in Karachi. 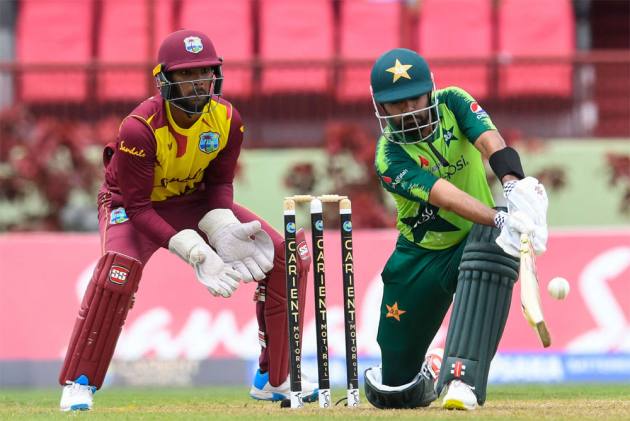 A confident Pakistan national cricket team will host the West Indies in their final international engagement of 2021. After their commendable T20 World Cup performance and the 6-0 series sweep of Bangladesh across formats, the Babar Azam-led side will start favourites against the Windies, who will be without skipper Keiron Pollard. The series will be televised live and fans can also stream all the matches online. (More Cricket News)

The tour starts with the first of the three T20 Internationals at National Stadium, Karachi on December 13. It will be followed by two more T20s and three ODIs. All six matches will be played in Karachi.

Days before the start of the series, the Cricket West Indies revealed that Pollard has been ruled out as the all-rounder failed to recover in time for the tour. In his absence, the visitors will be led by Nicholas Pooran in the T20Is. Shai Hope has been given the ODI honours.

Pakistan have already announced their squads with Babar Azam leading both sides.

T20Is: Pakistan and West Indies have so far met 18 times in T20Is, with the former leading the head-to-head record 12-3. Three matches have ended as no results -- all during Pakistan's tour of West Indies 2021. West Indies last beat Pakistan in 2017.

ODIs: They have made 134 times in ODIs, with West Indies leading the head-to-head record 71-60. Three matches have ended in ties. In the last meeting, Windies won by seven wickets in 2019. But Pakistan have dominated recent meetings, winning seven in ten.

Here's everything you need to know about the series

How to watch Pakistan vs West Indies cricket series 2021?

Watch the live coverage of the West Indies tour of Pakistan 2021 on SONY SIX and SONY TEN 2 channels starting from December 13, 2021. Live streaming of the PAK vs WI cricket series will be available on the SonyLiv platform.