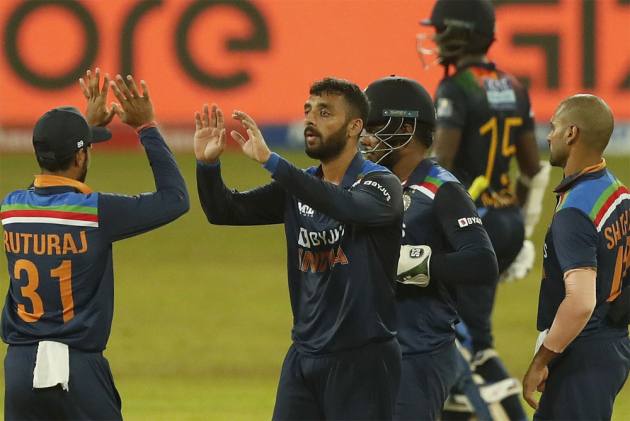 Hosts Sri Lanka and India clash in the deciding match of the CoinDCX T20 Cup at Colombo's Premadasa Stadium on Thursday from 8PM IST. The Shikhar Dhawan-led Indian cricket team won the opening game on Sunday (July 25) by 38 runs but the home team bounced back on Wednesday by securing a four-wicket win with two balls remaining. Watch live streaming of Sri Lanka vs India, third T20 both on TV and on digital platforms. (More Cricket News)

India went in with a depleted team in the second T20 on Wednesday after nine players were isolated following Krunal Pandya testing positive for the COVID-19 virus. India went in with five batsmen and all-rounder Bhuvneshwar Kumar was the sixth batsman. The onus was on the bowlers and India almost defended their 132. Kuldeep Yadav finished with 2 for 30 as India's spinners Rahul Chahar and Varun Chakravarthy arrested the Lankan chase brilliantly in the middle over. The Lankans eventually crossed the line at Khettarama to set up the decider. India had earlier won the ODI series 2-1.