Check match and telecast details of the second T20 International cricket match between Pakistan and West Indies. Pakistan won the first match 63 runs to take a 1-0 lead in the three-match series. 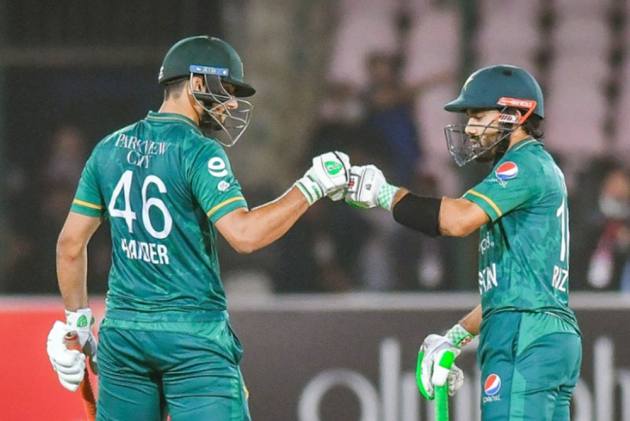 Pakistan can take an unassailable 2-0 lead against West Indies in their three-match T20 International series with a win tonight in Karachi. The hosts overwhelmed a depleted Windies side by 63 runs on Monday. And in the process, Babar Azam & Co bettered their own world record of most T20I wins (18) in a calendar year. The second PAK vs WI T20I cricket match will be televised live and fans can also watch it online.

Nicholas Pooran, who's leading the Windies T20 side in Kieron Pollard's absence, won the toss and opted to bowl first at the National Stadium. And it seemed a good call with the visitors getting the wickets of Babar Azam and Fakhar Zaman inside five overs. But Mohammad Rizwan (78 off 52) and Haider Ali (68 off 39) hit fifties in a century stand before Mohammad Nawaz's (30 off 10) finishing touch.

The Windies chase failed to take off, losing wickets at regular intervals. Shai Hope top-scored with 31 off 26, while Romario Shepherd and Odean Smith hit 20s late in the innings. But nothing worthwhile came off as Pakistan folded Windies innings for 137 in 19 overs. Mohammad Wasim Jr took four wickets, while Shadab Khan claimed three.

West Indies will need some extraordinary effort to buck the trend.

The win helped Pakistan increase the head-to-head record against West Indies to 32-3 in 19 meetings. Pakistan are yet to lose a T20 match against the Windies at home. Four wins in four.

Playing XIs in the first T20I: