Check match and telecast details of the third and final T20 International cricket match between Pakistan and West Indies. Pakistan are looking for a 3-0 series sweep. 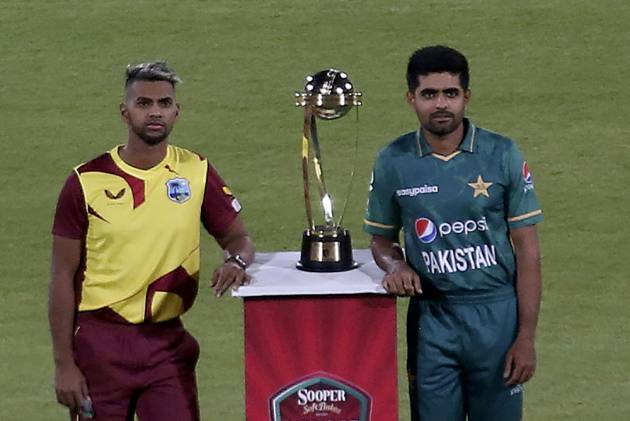 Pakistan will look to complete a 3-0 series sweep against West Indies when they meet in the third and final T20 International match on Thursday in Karachi. The Babar Azam-led Pakistan have won the first two matches to take an unassailable 2-0 lead. The third and final PAK vs WI T20 will be televised live and fans can also live stream the match online.

Pakistan won the second match by nine wickets on Tuesday to take the series. They had won the series opener by 63 runs. Another victory on Thursday will not only seal back-to-back series sweeps for Pakistan but help them win a record-extending 20 T20 wins in a calendar year. Pakistan had completed a 3-0 T20 series sweep of Bangladesh in Bangladesh after their World Cup campaign.

For the visitors, a win in their final T20 match of the year will augur well before the three-match ODIs against the same opponents. But with a depleted squad, West Indies will need some inspired performances to turn the table against a very confident Pakistan.

Pakistan are unbeaten in the last ten T20 matches against the Windies, winning seven. Three matches earlier this year in the Caribbean ended as no results. Pakistan also lead the head-to-head record 14-3. West Indies' three wins have come in 2011, 2014 and 2017.

Playing XIs in the second T20I: