What unfolded at Anfield on May 7, 2019 might be as close to a football miracle as you can get, writes Stats Perform's Russell Greaves 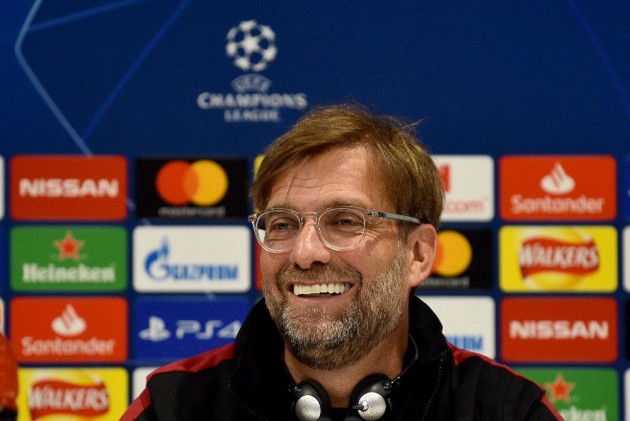 There are banners promoting Liverpool football club adorning lampposts in the streets around Anfield that display prominently the words 'dream' and 'believe'. (More Football News)

A big line runs through the word 'dream', leaving 'believe' to stand proudly as a slogan for the club and their fans.

On May 7, 2019, Jurgen Klopp's Liverpool believed in something that many would not have dared to dream of, and willed it into existence.

From a 3-0 first-leg deficit against the mighty Barcelona, the Reds produced a comeback for the ages to secure a spot in the Champions League final for the second season running.

Klopp had seemingly already prepared himself for a semi-final exit, conceding that any side would "have to be perfect" to beat Barcelona.

If their 4-0 win did not quite hit that lofty mark, it was simply because perfection is obtainable only in dreams. This was reality.

The scale of the task facing the hosts was so great that their manager had planned for the best way to lose the tie. In his pre-match media conference, Klopp suggested they would at least strive to "fail in the most beautiful way".

He also called for a "football party" on Merseyside, and outside the ground before kick-off many were happy to oblige in providing the revelry.

'Creating an atmosphere, using the atmosphere and celebrate the situation.'

Klopp wants the second leg to be a 'football party' as he stressed his side need to be perfect in order to have any hopes of securing a comeback...https://t.co/Yk35GiG2Ri

Victory over Newcastle United in the relentless Premier League title race had helped supporters digest the disappointment of the Camp Nou result and there was an atmosphere around Anfield prior to the game that suggested they would enjoy the occasion, despite the apparently insurmountable odds.

There was not, however, any real sense of what was about to happen. Nobody outside of the home dressing room could genuinely bring themselves to the point of believing that a miracle would unfold on this night.

This was, after all, Barcelona. This was Lionel Messi. One goal from the much-vaunted LaLiga champions would have made the impossible somehow even less possible.

And even for an unhinged optimist, the absence of Mohamed Salah and Roberto Firmino for a Liverpool side who needed goals, and plenty of them, certainly made the improbable less probable.

All of this meant that the only sensible approach for Liverpool fans was to allow for a little flicker of hope and see how far that would take them before it was inevitably extinguished.

It took seven minutes for Divock Origi's opener to turn that flicker of hope into the embers of belief. In two second-half minutes, amid the tinder-box atmosphere of Anfield, Georginio Wijnaldum's double set alight those embers.

It does not take quite such a leap of faith to believe in something when it is happening in front of your eyes.

Lighting start from the Reds - Origi scoring after seven minutes. Ahead at the break but still a lot of work to do. #UCL #LIVBAR https://t.co/CBtsNynG3E

But that third goal had only levelled the aggregate scores. Extra time awaited, maybe penalties. Then again, Barca only needed that solitary strike to force Liverpool into requiring another two.

The Reds stood on the brink of either their greatest comeback, or what would be perhaps their most agonising near-miss.

After the mayhem of the celebrations, which even a neutral might have got a little swept up in, a glance at one of the scoreboards displayed the absurd truth: Liverpool 4-0 Barcelona.

You better believe it.