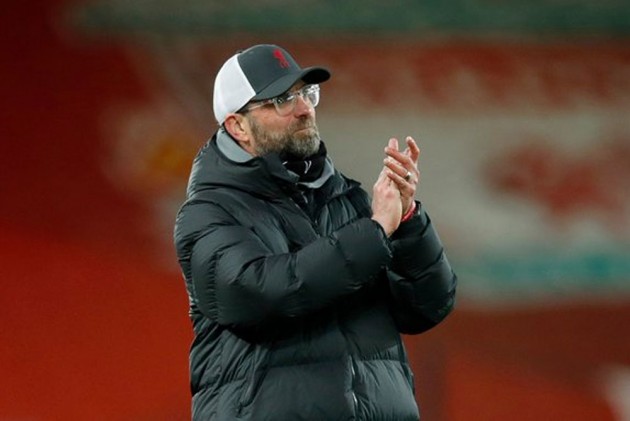 Jurgen Klopp is excited by the prospect of facing Real Madrid in the Champions League quarter-finals as Liverpool look to avenge their defeat to Los Blancos in 2018. (More Football News)

Loris Karius made a calamitous mistake and Gareth Bale scored a sensational overhead-kick as Liverpool went down 3-1 in Kiev at the culmination of the 2017-18 campaign.

It marked Madrid's third successive Champions League triumph and their 13th overall, with Zinedine Zidane leaving his post following the victory – only to return before the following season was up after ill-fated spells for Julen Lopetegui and Santiago Solari.

Liverpool, on the other hand, returned to the final in 2018-19, beating domestic rivals Tottenham 2-0 at the Wanda Metropolitano to clinch a sixth European title.

The Reds will have the chance to gain revenge for that defeat in Kiev when they face Zidane's team – who beat Atalanta in the round of 16 – in the last eight.

Due to coronavirus travel restrictions, it is unclear where the first leg will be played, though as it stands the second fixture is to be held at Anfield.

"It's obviously a tough draw but I am fine with it because if you look at all the other teams you think, 'oh my god', because they are all strong and all have quality, that's clear.

"I am really looking forward to the games. It's only just over two years ago that we faced them and it was a tough night for us, so to get the chance to play them again is cool.

"I know it's a different round and whatever and we don't know where we will play and stuff like this, but that's all OK. If it will be Budapest, that's fine. We are fine with that. The home game maybe hopefully at Anfield, that would be great as well.

It will only be the second time Liverpool and Madrid have met in a two-legged knockout tie. In the first meeting, Liverpool inflicted Los Blancos' biggest-ever aggregate defeat (5-0) in 2008-09.

Klopp has only faced Madrid once as Liverpool manager but, in total, he has gone up against them on seven occasions, with the first six coming during his stint at Borussia Dortmund, who beat Los Blancos en route to the 2012-13 final.

Only Ottmar Hitzfeld (12) has managed against Madrid more often in the competition, and Klopp is relishing another test against one of the world's biggest clubs.

"And a few young prospects, proper players on top of that. I'm really looking forward to it."