Liverpool Captain Jordan Henderson Out For The Rest Of The Season 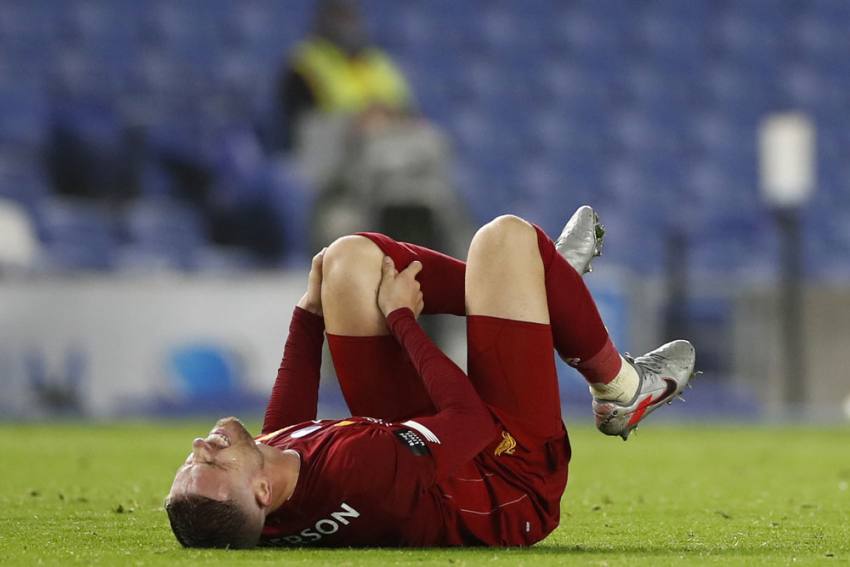 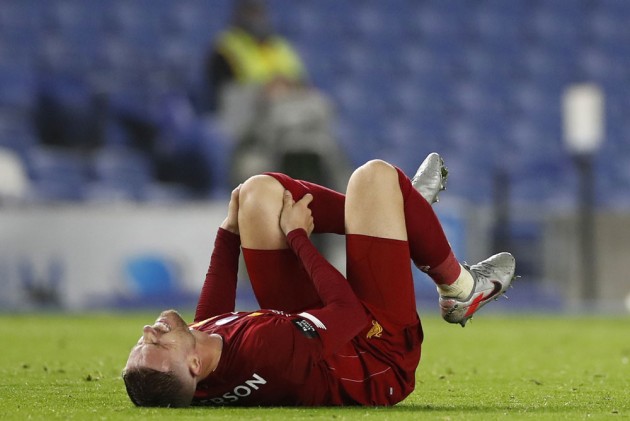 Jurgen Klopp has confirmed Liverpool captain Jordan Henderson is out for the rest of the season due to a knee injury. (More Football News)

The England midfielder limped out of a 3-1 victory at Brighton and Hove Albion on Wednesday after damaging his left knee in a challenge with Yves Bissouma.

The former Sunderland man will not require surgery, however and his manager is optimistic he will be fit for the start of the 2020-21 season.

Klopp said: "Best possible news. It's a knee injury, but no surgery is required.

"He will not play this season, but I'm positive he will start the new season. He's a quick healer."

Klopp also revealed Dejan Lovren is available for Saturday's clash with Burnley at Anfield, where Liverpool can move on to 95 points with a victory.

The Croatia centre-back has been sidelined with a knock but could feature against the mid-table Clarets.

Liverpool face Arsenal, Chelsea and Newcastle United in their final three games after coming up against Sean Dyche's in-form side, who have won three and drawn one of their previous four.