As Liverpool close in on a drought-ending Premier League crown, Virgil van Dijk talked up the team's future. 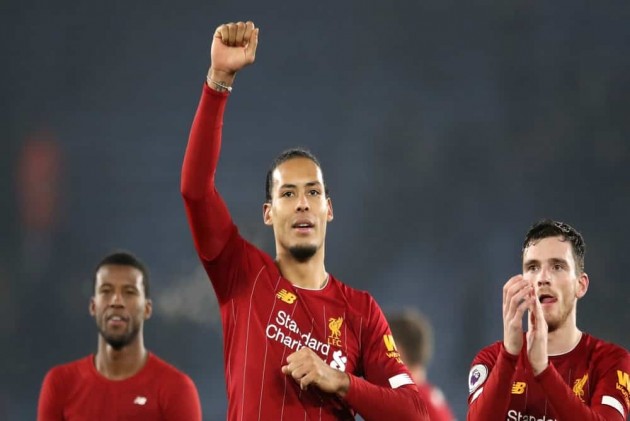 Virgil van Dijk said Liverpool will only improve as the star defender fired an ominous warning to rival Premier League clubs, with the Reds eyeing a period of dominance.

Not since 1990 have Liverpool been crowned English champions but the Merseyside outfit are on the cusp of a drought-ending Premier League trophy.

Liverpool are 22 points clear atop the table with nine matches remaining ahead of Sunday's Merseyside derby away to rivals Everton at Goodison Park.

"I know how long our fans have been waiting for this," Van Dijk said via the Daily Mail. "But unfortunately it's something we all have to deal with that they won't be able to be there if it happens. We've seen clubs winning cups already in other countries and everybody is getting on with it.

"For me, winning the Premier League and lifting that trophy would be a dream come true. We were very close last year and we are very close this year, much closer than we were last year. We have nine games to go and we will try to win all of them. That's our goal.

"With two wins, we will be champions. But it doesn't stop there. We want to keep going, we want to take it into next season as well because that will start pretty quickly after the last game of this season. The manager spoke to us as well and said that what we do in these last nine games will set the tone for next season as well.

"We have not won the title yet. We have not won anything yet. But the aim is to start next season in the same fashion. We can be a team that can keep progressing. We have players who can progress and make big steps in their development. Winning the league would be a big experience that could take them to the next level.

"We can achieve that first and foremost this season and then we will see what can happen next season. If we win the title this season, we will try to retain it. That's what we are aiming for but everyone knows how difficult it is to retain the title, especially in England and we are not there this season yet. We tried to retain our Champions League title and it wasn't possible. It's very difficult.

"We will try to focus on the nine games we have left but we hope to set the pace for the rest of next season with the title behind our name and defend the title as well."