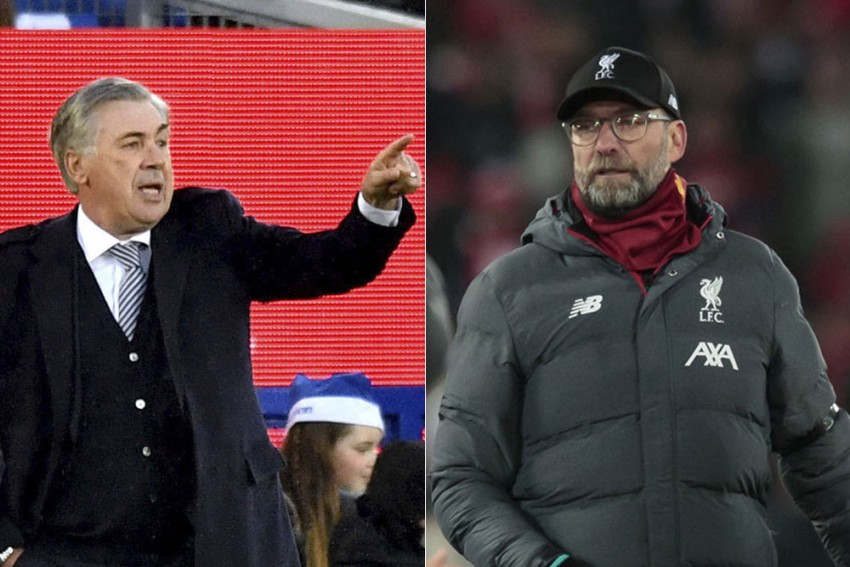 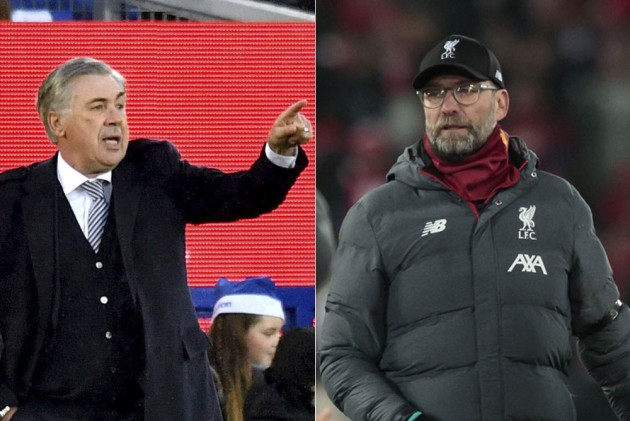 Ancelotti, 60, will experience his first Merseyside derby in an FA Cup third-round tie at Anfield on Sunday.

The experienced Italian could have been on the other side of the divide had Liverpool selected him as Brendan Rodgers' successor just over four years ago.

Ancelotti held talks with the Reds but conceded they were right to appoint Klopp, who has led the club to Champions League glory and a commanding position atop the Premier League.

"It was after [leaving] Real Madrid, I had a chat with the owner," Ancelotti told a news conference.

"They were looking for a new manager but I think they made the right choice with Jurgen. He is doing fantastic work at Liverpool, so well done. He has created a fantastic team and fantastic players.

"They are, in this moment, in a really good shape, really good condition, but we must not think a lot about the opponent."

Everton last visited Liverpool in December and lost 5-2, a result that proved the end for Marco Silva.

The Toffees have not won at Anfield in any competition since 1999, but Ancelotti got the better of Klopp in a Champions League encounter while in charge of Napoli earlier this season and hopes to deliver an upset for his new club's supporters.

"I know how Evertonians would like this and we have the same dream, to beat Liverpool at Anfield," he said.

"It is a dream for us and an opportunity, so we will try. Usually there is a big rivalry when you have two teams in the same city. It was the same in Milan and Rome when I was there and I know how the supporters are excited to beat their rival."