Liverpool have finally landed Thiago Alcantara, but does the former Barcelona and Bayern man represent an upgrade on their midfield options? 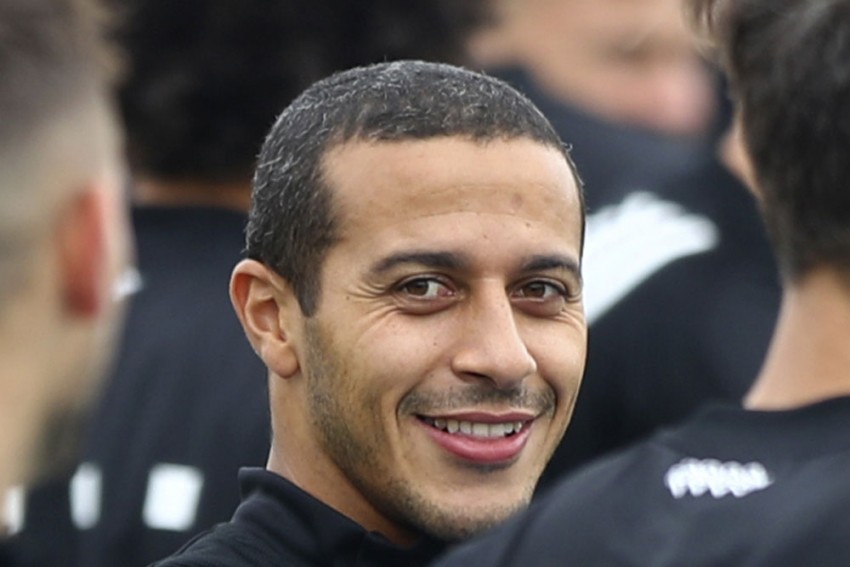 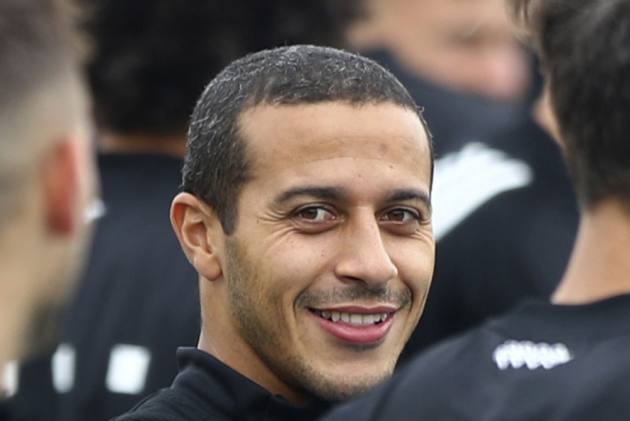 Thiago Alcantara has finally completed his move to Liverpool from Bayern Munich after a long-running transfer wrangle. (More Football News)

Liverpool have forked out for a deal that could eventually cost them £25million to bring in a classy midfielder who has just won a Bundesliga, DFB-Pokal and Champions League treble.

At 29 years old, the deal perhaps represents a break from Liverpool's previous transfer tactics of signing and blooding younger talent.

With the help of Opta reviewing league data for the 2019-20 campaign, we have taken a look at how Thiago compares to the Reds' current crop.

Hansi #Flick on @Thiago6: "Thiago is an exceptional player who spent seven hugely successful years here. He's a wonderful person and an outstanding professional. It was very emotional today when he said goodbye to us all." #FCBayern #MiaSanMia pic.twitter.com/QBU0O0UPmf

With three goals scored from 24 appearances for Bayern in the Bundesliga last term, Thiago – as perhaps you would expect – does not particularly offer an enhanced goal threat.

Henderson, Oxlade-Chamberlain (four from 30 for both) and Wijnaldum (four from 37) all registered more goals. Fabinho (two from 28), Milner (two from 22) and Keita (two from 18) all scored fewer.

Surprisingly, Thiago did not register a single league assist but nor did Wijnaldum, who played more games. Henderson tops the list here with five, while Fabinho and Keita each had three.

But in terms of chances created, only Henderson's 27 can beat Thiago's 20, with the England midfielder having played in six more league matches.

Regularly involved in the build-up…

Where the numbers do seem to show Thiago's qualities, compared to the rest of Liverpool's midfield, is how involved he tends to be in sequences leading to shots and goals.

In total, Thiago was involved in 141 sequences leading to shots for Bayern last term – the nearest total for Liverpool came from Wijnaldum (118), who played in 13 more matches.

Thiago was also part of 17 sequences that led to a Bayern goal. At Liverpool, only Henderson (18) was involved in more, with Wijnaldum (15), Fabinho (12), Oxlade-Chamberlain (10), Milner and Keita (both nine) all lower.

Emphasising his ease on the ball, Thiago also ranks highest in terms of the number of carries last season with 414. Henderson had 405 in this metric, while Wijnaldum had 394.

But Thiago also had the lowest average carry distance of 8.7 metres. Oxlade-Chamberlain (eight) and Henderson (four) provided more carries leading to shots than the Spaniard's two.

Henderson (seven), Oxlade-Chamberlain, Wijnaldum and Keita (all five) each had more carries leading to chances created than Thiago (two).

Thiago, though, was comfortably the highest scorer in terms of dribbles attempted and completed (85 and 71), with Wijnaldum the best performer here for Liverpool on 77 and 41.

Thiago's ability to pick a pass is undoubtedly one of the biggest draws for Jurgen Klopp, and unsurprisingly the former Barcelona man excels here.

Keita (88.8 per cent), Fabinho, Milner (both 87 per cent), and Oxlade-Chamberlain (83.2 per cent) all had a worse passing accuracy than their new team-mate.

Overall, the data – and indeed a basic eye test – suggests Liverpool are upgrading their central midfield, and with a world-class player to boot. On the face of it, in terms of goals and assists alone Thiago does not add an extra dimension, but his influence in building up the play, keeping hold of the ball and finding a shrewd pass suggests Liverpool have signed a player who will be at the peak of his powers over the length of his reported four-year contract.