Liverpool currently have an eight-point advantage at the top of the Premier League table as they seek their first title in 30 years. They'll be playing 13 matches in 41 days when they restart their campaign at Crystal Palace on Saturday. 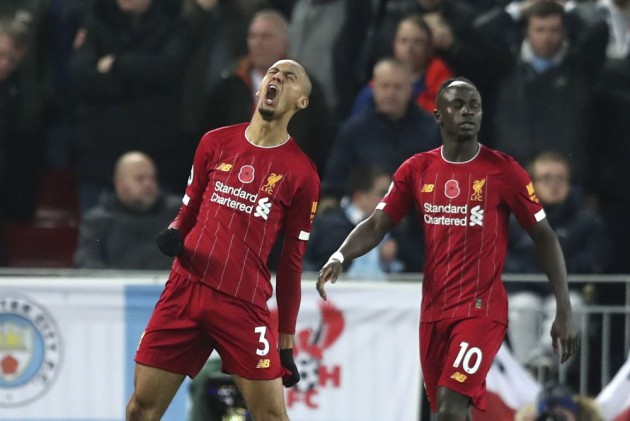 Liverpool start a daunting run of 13 games in 41 days at Crystal Palace on Saturday (November 23) that will define their season and, quite possibly, how the Jurgen Klopp era will be remembered at Anfield. (FOOTBALL NEWS)

The spectacular, and controversial, 3-1 victory over defending champions Manchester City before the international break has left Liverpool nine points clear of Pep Guardiola's side.

They hold an eight-point edge over second-placed Leicester and are heavy favourites to end a painful 30-year wait for a league title.

The visit to Selhurst Park also starts a sequence of five league games against opponents who appear, on paper at least, not to offer too stern a test for a team that have dropped just two league points all season -- in a 1-1 draw at Manchester United.

But it is Liverpool's schedule away from the league that has caused the greatest degree of interest and speculation in recent weeks.

Their involvement in the FIFA Club World Cup in Qatar, plus their success in the League Cup, means Klopp has been forced to play two games within 24 hours of each other, over 4,000 miles (6,400 kilometres) apart.

Liverpool visit Aston Villa on December 17 in the cup quarter-final before they play in the Middle East on the 18th, with Klopp fielding two different squads to cope with the congestion.

The Liverpool boss concedes that the exact nature and logistics of putting out two teams on different continents within a matter of hours are yet to be addressed.

But a number of pundits, led by former Anfield favourite Jamie Carragher, have argued that Klopp should effectively ignore the four cup competitions in which his team are involved this season -- the two domestic cups, Champions League and Club World Cup.

The obsession among the red half of Merseyside with winning the title increased with the near-miss under Brendan Rodgers in 2014.

And it reached near-fever pitch in May, when they lost the title to City by one point.

Not even the considerable consolation of winning the Champions League in June could dull the desire from Liverpool supporters to see their team lift a trophy they last won under Kenny Dalglish in 1990.

"I know a lot of Liverpool supporters wouldn't say this, and certainly the club couldn't, but nothing can get in the way of Liverpool winning the league. Nothing," said Carragher.

"The Aston Villa game in the Carabao (League) Cup? If Liverpool get through they will have two semi-finals to play then and that cannot get in the way of Liverpool winning the league."

The difficulties facing Liverpool are summed up by a run of at least two games per week for the remainder of 2019 including Champions League group matches against Napoli and Salzburg before the double header at Villa and in Qatar.

But a run of league fixtures against Palace, Brighton, struggling Everton at home, Bournemouth and Watford suggests Klopp's side could maintain their dominant grip on the title race prior to visiting former manager Rodgers and current second-placed side Leicester on December 26.

Mohamed Salah and Andy Robertson are considered doubts for the trip to Palace, with injuries they collected earlier this month.

But Joe Gomez and Jordan Henderson, who both pulled out of England's game in Kosovo last weekend, are expected to be fit to return.