Liverpool are tied on 41 points with Chelsea, six points behind leaders Manchester City in the Premier League 2021-22 table. City, Liverpool and Chelsea, all have played 19 games each so far. 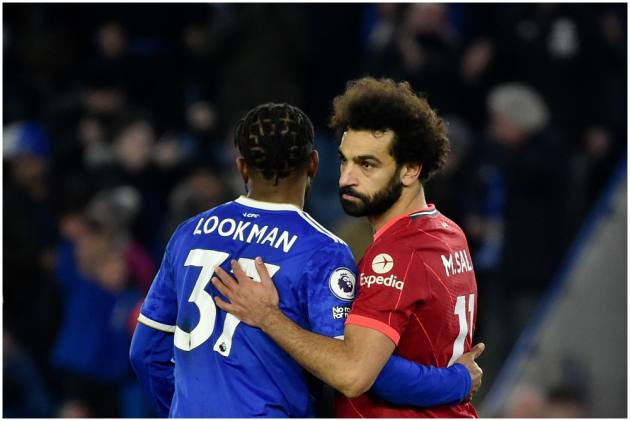 Losses for Liverpool are about as rare as penalty misses by Mohamed Salah. Both happened on Tuesday and, even at the halfway stage of the season, it could cost Jürgen Klopp’s team the Premier League 2021-22 title. (More Football News)

Liverpool were beaten 1-0 by a patched-up Leicester City team and could find itself nine points behind Manchester City heading into the New Year if the leaders win at Brentford on Wednesday.

It’s a cushion that might prove to be insurmountable given City is on a nine-match winning streak in the league and is looking unstoppable, scoring 17 goals in its last three victories.

Liverpool also will soon be without their two star forwards, Salah and Sadio Mane, who are heading to the African Cup of Nations next week. They were granted permission to delay joining up with their national teams ahead of the tournament so they could play for Liverpool over the festive period but they couldn’t make the difference at King Power Stadium.

Salah won a penalty but saw his weak effort saved by Kasper Schmeichel in the 16th minute, thereby failing to convert a spot kick for the first time in 16 attempts. His last penalty miss was against Huddersfield in October 2017.

Liverpool ultimately slumped to only their second loss in all competitions this season when substitute Ademola Lookman found space between Joel Matip and Virgil van Dijk and shot inside the near post in the 59th minute.

“There were too many performances below normal level,” Klopp said. “So often these boys give me the opportunity to say, ‘Wow, what a game!’ Tonight it’s, ‘Wow!’ but in completely the other way.”

Liverpool are tied on 41 points with Chelsea, and both are six points behind City. All three teams have played 19 games, with City and Chelsea — at home to Brighton — in action on Wednesday.

“They are there to try to do their best,” Conte said about the match officials after the 1-1 draw at St. Mary’s. “We hope every time that they make the best decision.”

Still, Conte said he felt Harry Kane’s 53rd-minute goal, which would have put Tottenham 2-1 ahead, should have stood instead of being scrubbed off because the England captain’s arm put him in an offside position when he was played through.

Then, 14 minutes later, Southampton goalkeeper Fraser Forster came out to catch the ball under pressure from Tottenham substitute Matt Doherty and dropped it onto his own heel. The ball ricocheted back into the net but the referee blew for a foul by Doherty, even though contact appeared minimal.

James Ward-Prowse’s 25th-minute opener for Southampton was canceled out by Kane, who converted a penalty in the 41st after Son Heung-min was tripped by Mohammed Salisu. That earned the Southampton defender a second yellow card.

Southampton werepinned back in the second half but held on for a point, leading to manager Ralph Hasenhuttl to say: “The brave guys get rewards.”

Norwich are ending 2021 in last place in the league and with confidence low after five straight losses. The latest came at Crystal Palace, which scored all of its goals in the 3-0 win in the first half. Odsonne Edouard netted the first before setting up Jean-Philippe Mateta and Jeffrey Schlupp for the others.

Norwich have lost 13 of its 19 games and is three points from safety, having played more matches than most of its rivals for relegation. Watford currently occupies the position just above the relegation zone and lost 4-1 to West Ham on its return to action after 16 days off because of coronavirus cases.

Watford’s last three games were postponed because of COVID-19 outbreaks. Games against Burnley and Palace were called off because Watford had coronavirus cases, while Sunday’s match at Wolverhampton was postponed after an outbreak at Wolves.

The 20th round was reduced to seven fixtures when the match between Everton and Newcastle was postponed Tuesday because of a pile-up of COVID-19 cases and injuries in the Newcastle squad. The Arsenal-Wolves and Leeds-Aston Villa games, due to be played Tuesday, had previously been called off.

Everton-Newcastle had been scheduled to be played Thursday at Goodison Park. It takes the number of Premier League games to be called off as a result of coronavirus issues to 16 matches in barely three weeks.