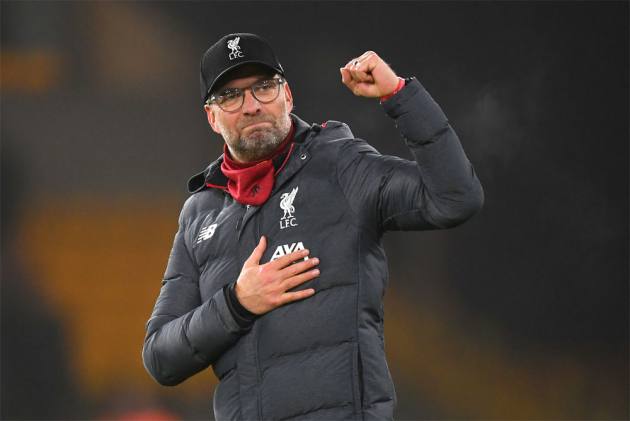 Liverpool manager Jurgen Klopp said his squad must be brave but also “cheeky in moments” when the English Premier League leader hosts the defending champion at Anfield on Sunday. (More Football News)

Liverpool is atop the league — though five teams are just one point behind after six rounds — despite a low-key offseason compared to the spending sprees of rivals such as City, Chelsea and Manchester United.

Konate, a French center back, has played only one Premier League game so far, due to the return of Virgil van Dijk and Joël Matip from knee injuries.

“We are in good shape, that's for sure,” Klopp said on Friday at a news conference.

“We are in a good moment. That's what you have to be to have a chance against them. They're still really, for me, probably the best team in Europe at the moment.”

Such was the state of Liverpool's defense the last time these clubs squared off that midfielders Fabinho and Jordan Henderson were the center backs. City won that February day 4-1 for its first victory at Anfield in 18 years.

“This is a really special game of the season, every year,” Klopp said. “It has to be high intense, because if it's not high intense, I would say then City is really difficult to play against.

Speaking of cheeky, Klopp opened the conference by being asked about “James Bond” actor Daniel Craig, who recently had high praise for the German manager's leadership qualities.

“I would be a really bad James Bond because if I walk out of the water in swim shorts I think that would be the moment when the whole world would switch off,” Klopp said. “But no problem, we all have our jobs to do in life, he has to save the world and I have to help Liverpool, from time to time.”