Barcelona will be without Lionel Messi for their UEFA Champions League clash with Inter Milan, with a crucial El Clasico against Real Madrid looming 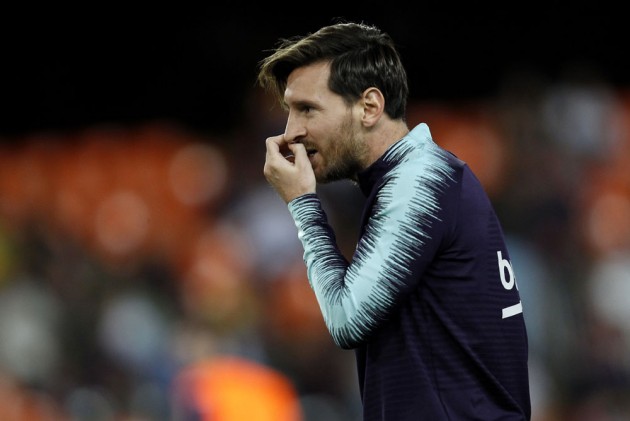 Lionel Messi's omission from Barcelona's squad for their Champions League clash with Inter was influenced by a daunting set of forthcoming fixtures that includes a potentially crucial Clasico with Real Madrid. (More Football News)

Messi has been rested by Ernesto Valverde for Tuesday's game at San Siro, with Barca enjoying the luxury of having already qualified for the last 16 as Group F winners.

Barca visit fourth-placed Real Sociedad in their next La Liga match on Saturday before welcoming Madrid to the Camp Nou the following Wednesday and then hosting Alaves in their final fixture before the mid-season break.

Valverde's men are level on points with Madrid at the top of the table and, in the face of repeated questioning about Messi's absence at a media conference on Monday, he pointed to that run of three games in eight days as the key reason for his decision.

"Last year we played a great game here. Without Messi, by the way."

Valverde: "It is an important challenge. We know that we have qualified, but our goal doesn't change: we want to win"pic.twitter.com/5BFwOEwXma

Jordi Alba and Nelson Semedo are both back in training following hamstring and calf problems respectively, but neither has been given the green light to play in Milan.

Ansu Fati's participation in the game is in doubt due to problems with the patellar tendons in both knees while Arthur has been struggling with a groin problem.

Barcelona were held to a 1-1 draw by Inter at San Siro last season but the Catalans overcame Antonio Conte's side 2-1 at Camp Nou in October.

Asked what he expects from Inter this time around, Valverde said: "The best. They are the leaders of Serie A and in the first match they played a great game.

"They are making a great start to the championship, but in the end you have to compete.

"We come here to compete, but knowing that they have a great team."