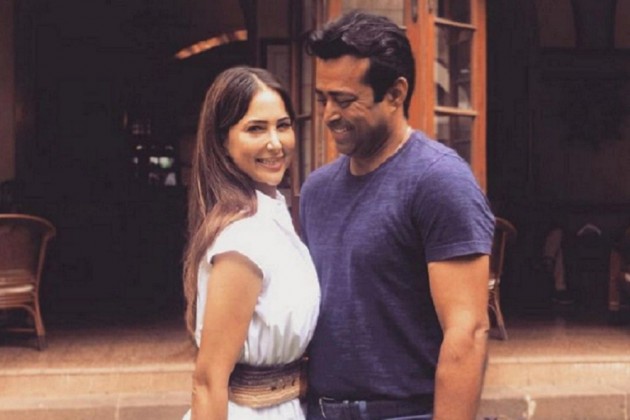 Paes, 48, and the 41-year-old Kim, have been seen together on numerous occasions but there was nothing official about their relationship. On Monday, Kim Sharma uploaded a photo with Paes on her Instagram account. It was re-shared by Paes with a caption ‘Magic’.

Leander Paes has been married twice to Mahima Chaudhary (2000-2003) and Rhea Pillai (2005-2014) and this will be his third official relationship. He has been linked with many women in the past, including Anisa, the daughter of former India Davis Cupper and coach, Jaidip Mukerjea.


Kim was also married previously to Ali Punjani. Their relationship ended in 2017. At one point, there were rumours of Kim and former India cricket Yuvraj Singh seeing each other, although both have maintained they were good friends.

Kim has also dated actor Harshvardhan Rane but things didn’t work out between the two.

She wrote, “Love will not save you. But it will hold your hand while you save yourself. And in a world that sometimes seems devoid of goodness, in a world that sometimes feels too heavy to bear, I think that is all we are really searching for. Someone by our side. Someone who grounds us,” hinting at finding love again after a messy divorce in 2017.

Kim made her Bollywood debut in 2000 movie ‘Mohabbatein’ opposite Shah Rukh Khan and Amitabh Bachchan. Her film career never quite took off after that.

Leander Paes is one of the most successful tennis players with eight Grand Slam doubles titles with Mahesh Bhupathi.  Paes has also won bronze medal in tennis at the 1996 Atlanta Olympics.

Paes just finished shooting for ‘Break Point’ a docu-drama along with Mahesh Bhupathi.