Despite hectic travelling and busy schedule, love found its way in the lives of these famous couples in Indian sports 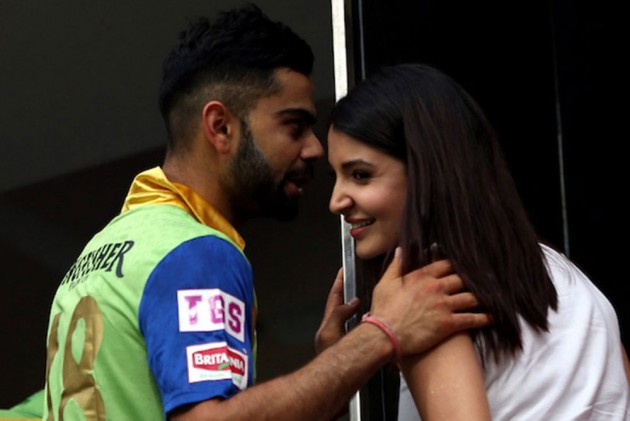 Sportspersons generally live a hectic lifestyle. Their schedules are usually packed to the hilt, with little to no time for anything else. But despite hectic schedules, back-to-back tournaments and living out of suitcases, love managed to find its way in their lives. On Valentine's Day, we bring you stories of love and friendship from Indian sports. Many are known to you, while some might be relatively unknown. But each story tells you that despite the drama, aggression and stress related to representing your country at the highest level, these sportspersons managed to find their ideal soulmates, who have become their bedrocks. (More Sports News)

The couple was blessed with a daughter, their first child, recently. But it was the romance and marriage that took the country by storm. While initially the couple managed to hide their relationship making an appearance together in an ISL game in 2014. The whirlwind romance continued for three years before the couple got hitched in a private ceremony in Tuscany, Italy, on December 11, 2017. The couple met during an ad shoot and became good friends. Although, they didn’t acknowledge the relationship initially in public, but were often found hanging out together. The couple, who were in the public eye, had to endure a lot with Anushka repeatedly being trolled for Kohli’s failures on the field. Kohli even had to step in to set the trolls right.

READ: Love Is In The Air, But Still So Difficult To Find

The couple’s relationship has grown stronger since then and they welcomed their daughter ‘Vamika’ at the start of 2021.

It is a tale of a whirlwind romance where the couple instantly fell in love and married soon after. They met in a nightclub and liked each other. A flambouyant Indian all-rounder fell head over heels for actor Natasa. They got engaged on January 1, 2020 and welcomed their first child Agastya Pandya on July 30. 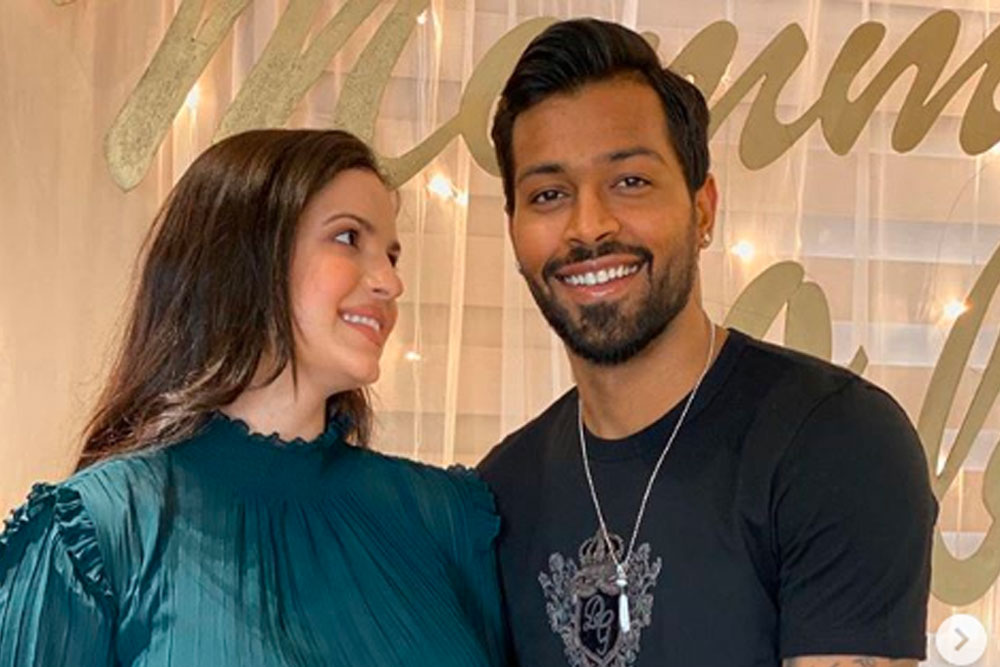 Rumours about Hardik dating Natasa had been doing the rounds of social media for quite some time. Natasa made her Bollywood debut with Satyagraha directed by Prakash Jha, in 2013and also appeared in TV show Bigg Boss. Once the couple knew they wanted to stay together, Hardik introduced Natasa to his family and got engaged soon after on a cruise.

Love across the border. Both Mirza and Malik were big stars in their own right in their respective countries-India and Pakistan. The couple met in Hobart in 2004 and fell for each other. Both the stars were going through a difficult phase at that point. Mirza was recovering emotionally from a broken engagement, while Malik wasn’t playing cricket at that point. It was after their third meeting that the couple realised that there was something more to their friendship. Their decision to marry in April 2010 almost created a furore between the fans in the two countries. With the wedding actually taking place in two countries, who don’t happen to have a cordial relation, both Mirza and Malik had to endure a lot of negative talk about their relationship. The couple have a son Izhaan born in 2018

The badminton power couple managed to hide their relationship from the public eye. The couple met at a badminton coaching class and became friends. Their friendship blossomed and turned into love. After around a decade of courtship, the couple concluded that they wanted to spend the rest of their lives together. 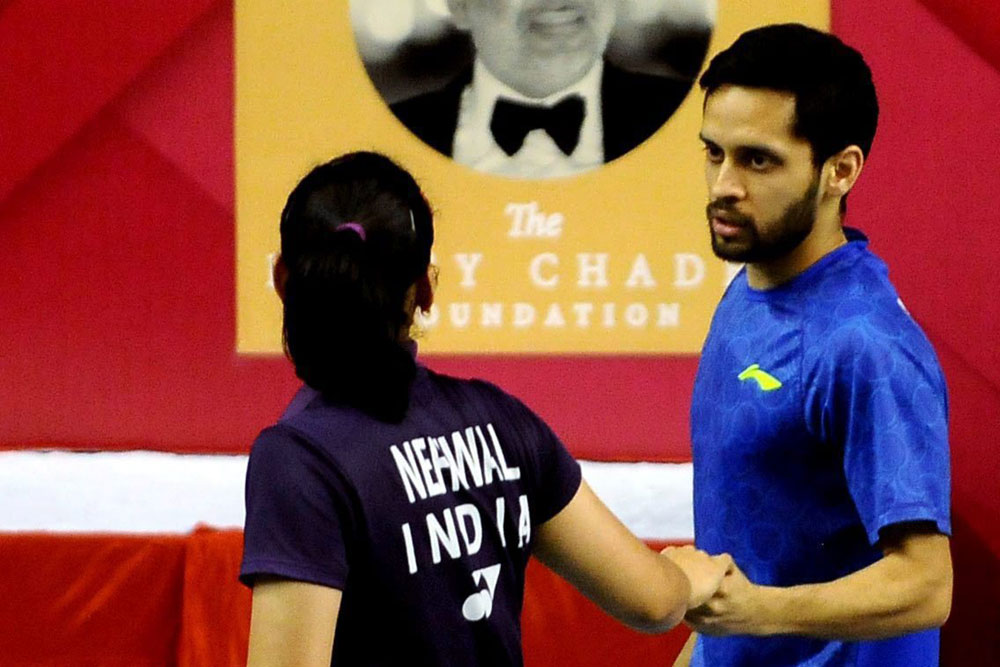 The most famous faces of Indian badminton tied a knot on December 16, 2018. The couple had to hide their relationship due to societal pressure. With Nehwal, an Olympic Bronze medallist, belonging to Haryana and Kashyap, a 2014 Commonwealth Games gold medallist, being from Hyderabad the couple feared how people and their family will react to their inter-community relationship.

Yuvraj Singh was always the glamorous star of Indian cricket. Someone, who hit six sixes in an over and is a World Cup winner and player of the tournament. But none of these achievements had an effect on actor Hazel Keech, who brushed off Yuvraj for quite a long time before agreeing to meet him. By Yuvi’s own admission it took him three years to take Hazel out on a date. But once the couple got to know each other there was no looking back. Yuvraj proposed to Hazel in Bali and they got married on November 28, 2016 in Chandigarh. 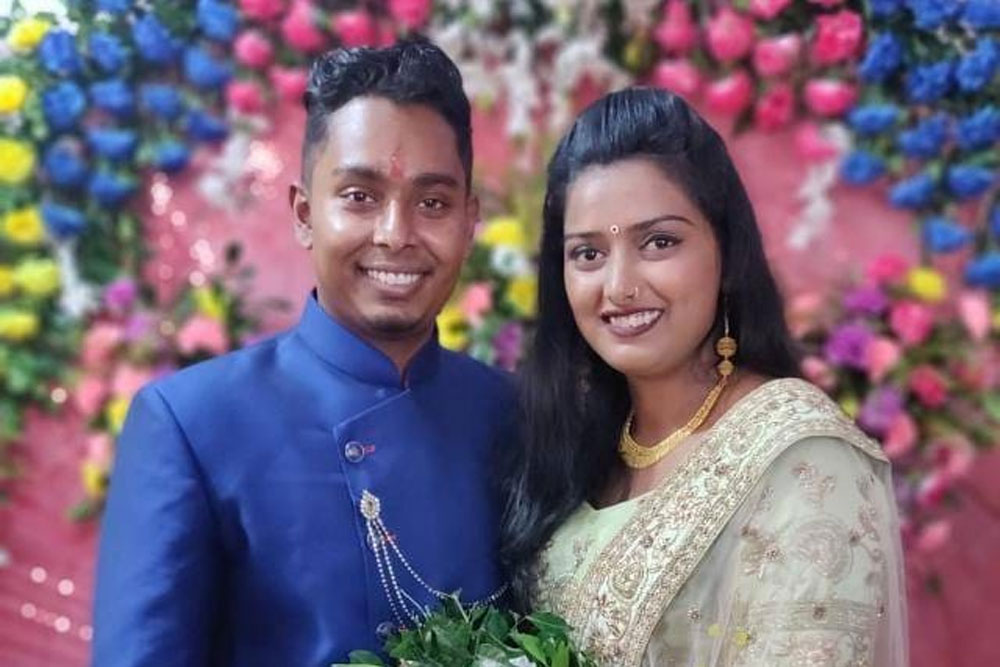 Atanu Das and Deepika Kumari: Ace archers tied the knot in a low-key ceremony amid the lockdown in India on June 30, 2020. They met each other as apprentices at the Tata Archery Academy in Jamshedpur in 2008.

Dinesh Karthik and Dipika Pallikal: One is Indian cricketer and the other is the squash star of the country. They met when Karthik stopped by to watch her play. The couple got married in 2015.

Vinesh Phogat and Somvir Rathee: She is one of the faces of Indian women wrestling and he is a Greco-roman wrestler. Rathee proposed to Vinesh at the Indira Gandhi International airport in Delhi when she came back from Jakarta after winning gold at the Asian Games. They got married on Dec 13, 2018.

Anju Bobby George and Robert Bobby George: This is a love story that blossomed on track. Former World Champion Anju George found love in her coach and now husband Robert George. The couple have a son and a daughter.