MS Dhoni will be the mentor of the Indian cricket team at the T20 Cricket World Cup 2021 in UAE and Oman. 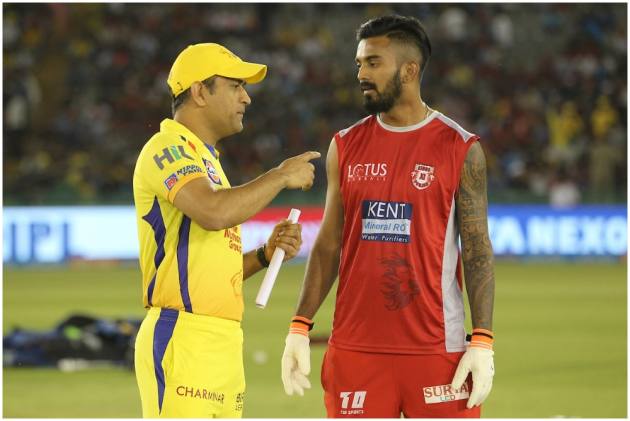 Picking Mahendra Singh Dhoni’s brain is on KL Rahul’s checklist for the next few weeks as he wants to utilise every bit of advice from Team India's mentor, who, according to the opener, always instils a sense of calm into the dressing room. (More Cricket News)

Rahul, who is all set to open with Rohit Sharma in the T20 World Cup where India will start against Pakistan on Sunday, said that there couldn't have been a better ‘mentor’ than Dhoni in what promises to be a tough journey.

“Obviously, MS Dhoni (being) back with the team feels amazing because we have played under him and we have looked towards him as a mentor even when he was our captain,” Rahul, who scored a fine half-century in the warm-up game against England, said.

Dhoni has often been described as an emotion by the observers and fans of the game, an emotion that binds everyone and above all, the Indian dressing room. Rahul endorsed this view, describing him as the man everyone looks up to.

“We loved having him in the dressing room when he was the captain. We loved the calmness. We have all looked up to him to help us out, to have him here is amazing.

“This gives us a sense of calmness, I have enjoyed spending time with him in the first two to three days and it has been a lot of fun. Looking forward to chewing his brain about cricket, captaincy and all things cricket,” he added.

Dhoni has recently led Chennai Super Kings to a fourth IPL title and there is a chance that he would come back one last time in 2022 and play in front of his home crowd at the Chepauk. “None of us are sure that IPL 2021 final was his last game,” Rahul said.

Rahul feels that despite on the other side of 40, the former skipper can hit the farthest sixes beating some of the muscular youngsters.

“I think Dhoni can give any of us stiff competition, he definitely is a guy who can hit the ball farthest, he is very strong and he is good (while running) between the wickets. He looks the fittest, it is good fun to have him,” Rahul added.

Also, the fact that the last one and a half editions have been played in the UAE and the stylish right-hand batter has been hugely successful, makes him confident of a good show.

“Playing consistently has helped me. The six-seven IPL games have helped us adapt to the conditions. The experience of playing in UAE last year helped me know what shots to play and will put me in good stead in preparing for the upcoming World Cup,” said the opener.

But bubble-life is taking its toll, he agreed

Rahul, like most of the senior players, has been in a bio-bubble since the month of June and it is also his seventh confined environment in the past 13 months starting with the IPL in UAE in 2020. “The bubble is really hard.

“It was all okay when it started with the IPL in 2020. We came out of five months of no cricket so we were excited to just play cricket. But the bio bubbles have been going on for so long that it is really hard,” Rahul stated.

However, the positive side of the bubble, according to him, is getting to know his teammates better as there is very little in-person interaction with the outside world in the post-Covid times.