Suarez scored but finished with frustration written across his face as Atletico Madrid were held by Real Madrid in a thrilling derby. 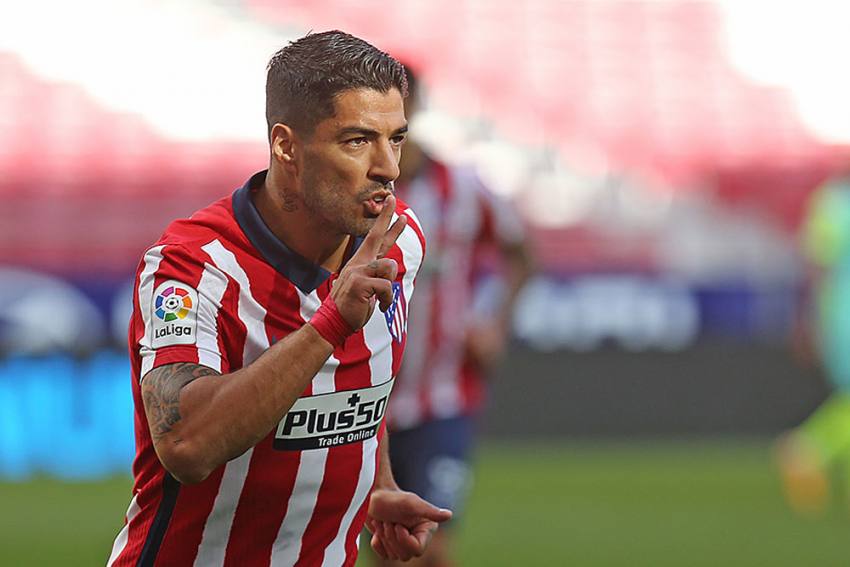 Luis Suarez scored a dazzling goal and was named man of the match, but on the day his former Liverpool captain Steven Gerrard finally became a league champion, did Suarez have his own 'Gerrard's slip'? (More Football News)

Championships are often decided on fine margins, and it is almost seven years since Liverpool's Premier League title hopes were brutally hit by Chelsea, when Gerrard's famous stumble let in Demba Ba to score. Manchester City snatched the silverware from the long-time favourites, and Liverpool had to wait another six years before landing the trophy.

Gerrard has managed Rangers to the Scottish title and Suarez is attempting to power Atletico to LaLiga silverware, and on Sunday it seemed all the glory would be his after he fired the Rojiblancos into an early 1-0 lead over Real Madrid, a typically flamboyant finish from a player some thought was washed up at Barcelona barely six months ago.

How he has been revived this season under Diego Simeone, and what a moment it would be were he and Atletico to carry off the title in Spain this year.

But this game at the Wanda Metropolitano finished 1-1, and Suarez will know he is partly responsible for the home side not seeing out victory.

In the 87th minute, Atletico had a glorious chance on the counter-attack to go 2-0 in front. Suarez, in plenty of space inside the Madrid half, could not find the pass that would have sent Saul Niguez through on goal, instead pushing his team-mate wide, and the chance was snuffed out.

Within seconds, Madrid were encroaching on the Atletico penalty area, Karim Benzema on the ball. His pass to Casemiro was carefully returned to the feet of the Frenchman, who burst beyond the penalty spot and finally found a way past Jan Oblak.

Kingpins, that's what Suarez and Benzema are to their teams. Like Gerrard at Liverpool. They are the players whose influence is felt throughout the team, the squad, the club and beyond.

Suarez walked off with an apologetic look at full-time, tracked to the tunnel by television cameras. He had the game in his hands, and he dropped it. Madrid are still in this title race, and five points behind feels an awful lot better than the prospect of eight adrift, which was looming as Suarez picked his pass to Saul. 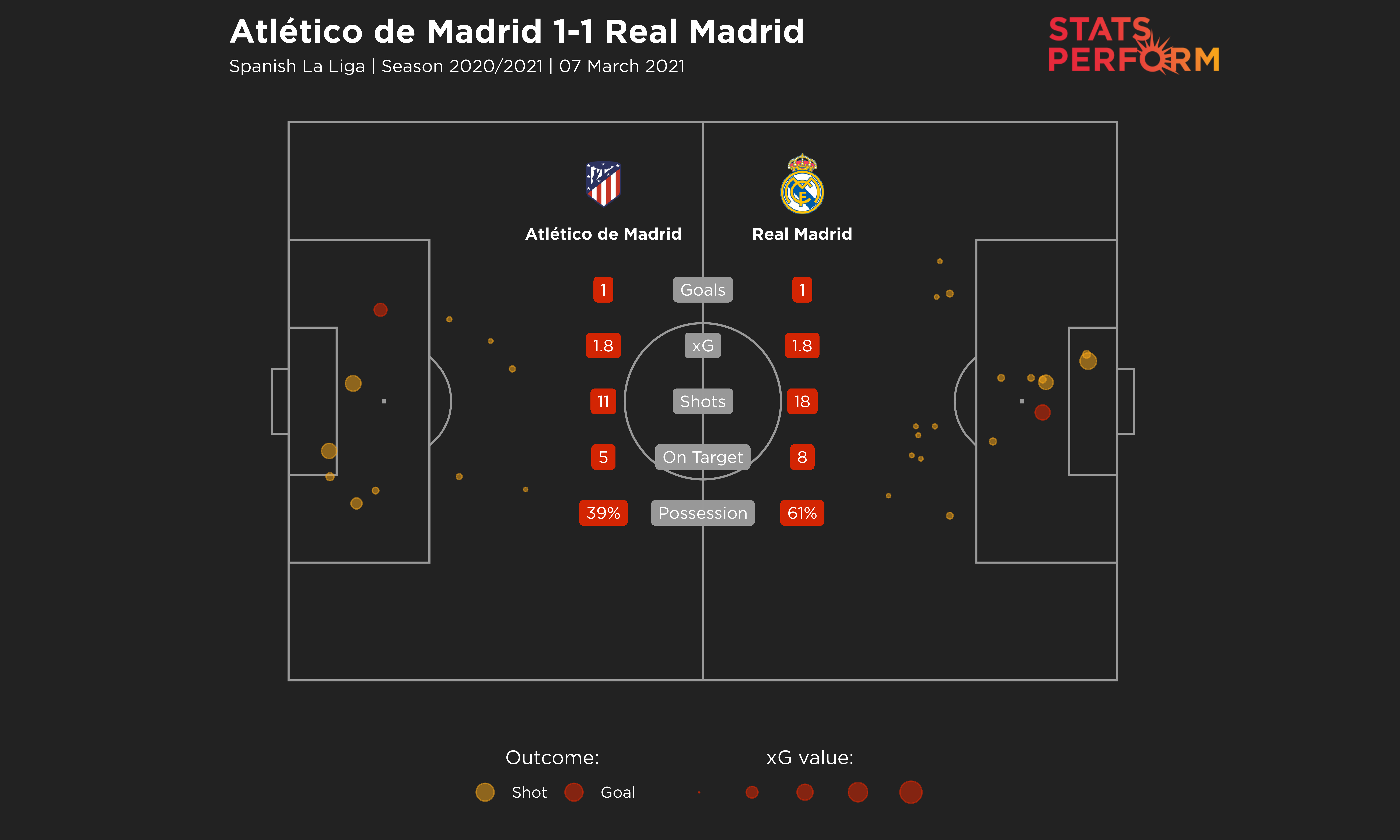 This was a result that would have been cheered in Barcelona, if they were paying attention in Catalonia and not all-consumed by the elections for a new club president.

Maybe a Madrid win would have been an even better result for Barcelona's title prospects, but nobody among the Blaugranas would dare admit that.

Barcelona sit second, just three points behind Atletico now, and Simeone's team must still visit Camp Nou. How Suarez must be relishing that, and how he must be relieved that Atletico remain in the box seat in this three-team battle.

He was excellent for large parts of this game, hitting the target with four of his six shots and typically delighting in winding up the opposition.

Benzema, by contrast, looked far from sharp until the final half hour, when the player who was returning from a three-week injury lay-off found something extra.

Zidane had labelled Benzema "a joy for football" before this game, but by the break he had registered three attempts, none of which hit the target; a tame shot and two stray headers.

It was Suarez's 17th goal from his 29th shot on target this season in LaLiga, and by early in the second half the expected goal (xG) rating for each side showed Atletico were leading by 1.2 to 0.4.

Slowly, though, the chances began to flow for Madrid, Oblak making a string of magnificent saves, including two in quick succession from Benzema, who was coming into his own as others tired. Finally, Benzema got his reward for persistence. It finished a 1.8-1.8 draw on xG, 1-1 on the scoreboard.

And now Atletico are 10 league games without a win against their neighbours.

"We know how difficult this championship is," Simeone said in his pre-match news conference, pointing to how Madrid and Barcelona have been gradually reeling in Atletico in recent weeks.

It may get a whole lot harder now.