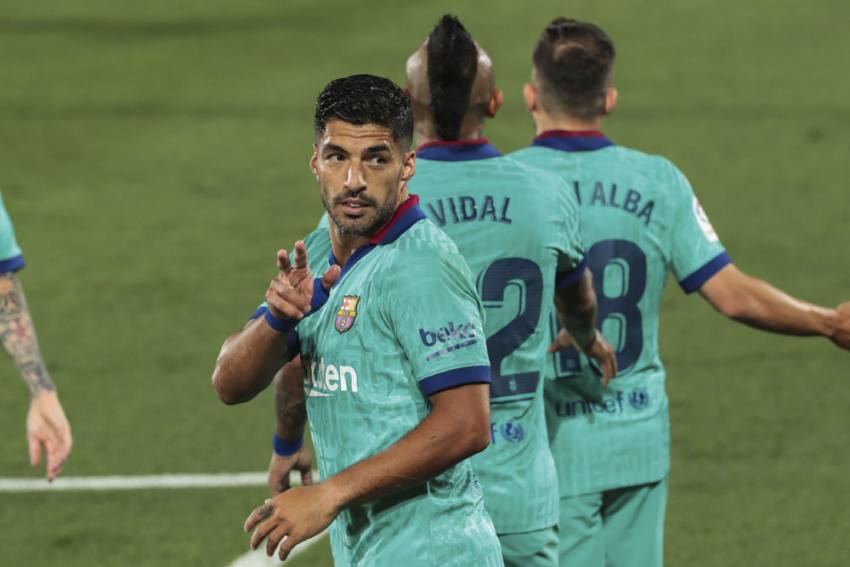 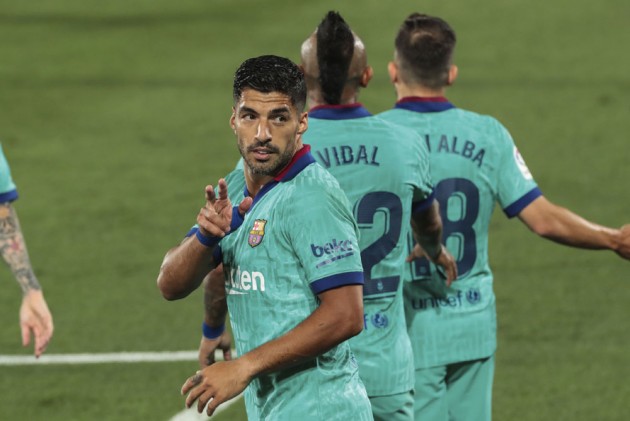 Luis Suarez has shown Barcelona how they can put their LaLiga disappointment behind them and end the season on a high in the Champions League, according to Bojan. (More Football News)

Barca's title defence faltered following LaLiga's resumption from a three-month suspension amid the coronavirus pandemic, with Real Madrid winning 10 straight games and securing top spot with a 2-1 victory over Villarreal on Thursday.

That result coincided with Quique Setien's side going down 2-1 at home to 10-man Osasuna, a match that saw the experienced trio of Suarez, Sergio Busquets and Jordi Alba start on the bench.

Suarez acknowledged prior to the fixture that Barca's title hopes were effectively over, while Lionel Messi said following the defeat things must change or they will not win their Champions League last-16 second leg against Napoli on August 8.

Former Barca attacker Bojan believes Suarez's comments were motivational rather than defeatist, ensuring the Blaugrana keep their focus and aim to reach next month's mini-tournament in Lisbon.

"I can only applaud the message that Luis Suarez has repeated in all the interviews he granted in recent days," Bojan wrote for Catalan publication SPORT.

"That a reference like him, a striker who has just surpassed [Laszlo] Kubala in goals [for Barcelona], avoids looking for excuses and, above all, points to the dressing room itself as the biggest factor in what happened this season seems to me not only admirable, but also an exercise in humility. Not referees, not VAR, not anything like that.

"Honestly, I am comforted by hearing his words because only from analysing what you have done wrong yourself can you change and improve. And not only that, it shows the dressing room suffers, it suffers with each defeat, with each title that evaporates.

"In addition, Suarez, obviously, is laying the groundwork for the team to react, step forward, avoid feeling free from all guilt and end the season by winning the Champions League.

"Luis, in fact, does nothing but encourage his team-mates to believe. He is pointing towards Lisbon, where the Champions League is played in August."

Bojan said it would be "essential" to address this season's shortcomings in the future, but that for now the best route would be to follow Suarez's lead.

Leo #Messi: We need to have some self-criticism, all the way around. We are Barça and we must win every game, no matter which one it is. pic.twitter.com/jVqtSvnzlg

Setien admitted after the Osasuna loss he was unsure if he would still be in charge for the Champions League campaign.

Having been on the receiving of surprise comebacks from Roma and Liverpool over the past two seasons, Bojan believes the fact the final rounds of the competition will not be conducted over two legs boosts Barca's chances.

"If they reach the quarter-finals, they will arrive in Lisbon to play a tournament without two-legged ties in which, in recent seasons, Barca have suffered too much mentally," he wrote.

"Nor should physique be a key factor. Three games at 90 minutes. And with the talent to dream."