Luis Suarez was eventually relieved to get away from Barcelona and make a new start with Atletico Madrid, but there was hurt along the way 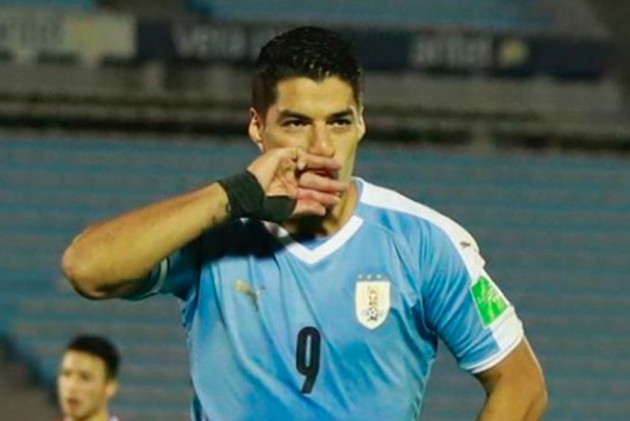 Luis Suarez was relieved to end his suffering at Barcelona and make a new start at Atletico Madrid - but sorry to leave Lionel Messi behind at Camp Nou. (More Football News)

The Uruguayan striker had been suddenly cast out of favour by new coach Ronald Koeman, having scored 198 goals in the six previous seasons.

He felt crushed by the situation, with Barcelona having been plunged into turmoil by their 8-2 loss to Bayern Munich in the Champions League and subsequent sacking of Quique Setien.

While Suarez was told his Barcelona career had ground to a sudden halt, team-mate and captain Messi was plotting his own departure, with the Argentinian disenchanted and seeking a fresh start, which looked set to come at Manchester City.

Speaking after Uruguay's 2-1 win against Chile in World Cup qualifying, in which he scored his 60th goal for his country, Suarez explained how both he and Messi were in the doldrums.

"I was not surprised about Messi because I know him very well, I knew the pain he felt," Suarez said.

"He felt they kicked me out of the club. There were other ways to do things correctly with me. They were six long years and that bothered him too. I see him as a friend and he knows how badly we suffered.

"I cried for what I was having to go through."

A move to Atletico has given the former Ajax and Liverpool forward a fresh start.

Messi, meanwhile, backed down from his threat to leave, once doubts emerged over his prospects of activating a clause in his contract that he felt entitled him to depart on a free transfer.

This season appears to be one where Messi will put on a professional face and see what comes next, with the prospect of fresh winds of change in Barcelona following presidential elections.

Life has changed in the Suarez household, but moving from one major football city to another has cushioned the blow of being pushed to the exit door.

"My family wanted to see me happy," said the 33-year-old in an interview broadcast by the Uruguayan Football Federation.

"There are some strange things at Barcelona, like sending you to train separately because you were not considered for the game.

"Those kinds of things upset me and my family saw me affected, so they encouraged me to take the opportunity [to join Atletico].

"When Atletico came looking for me, I didn't hesitate for a single moment. I feel very happy at Atletico."