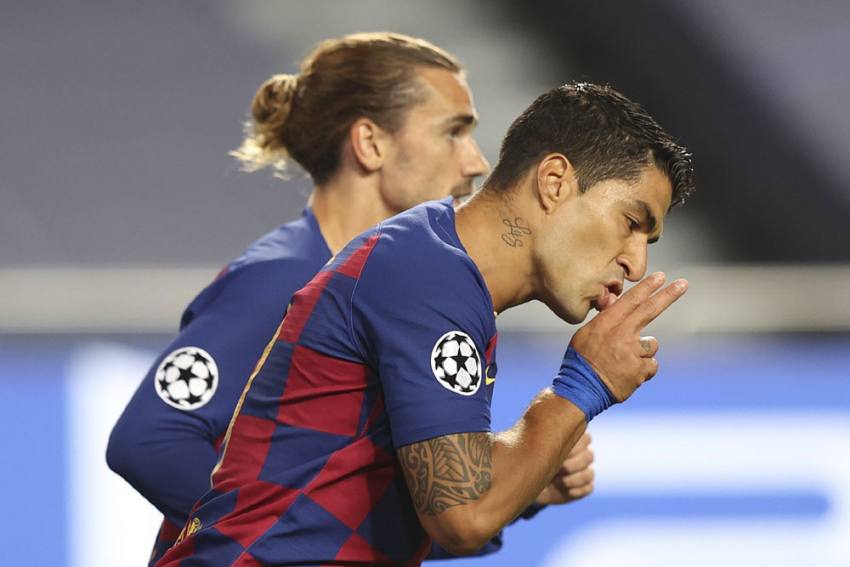 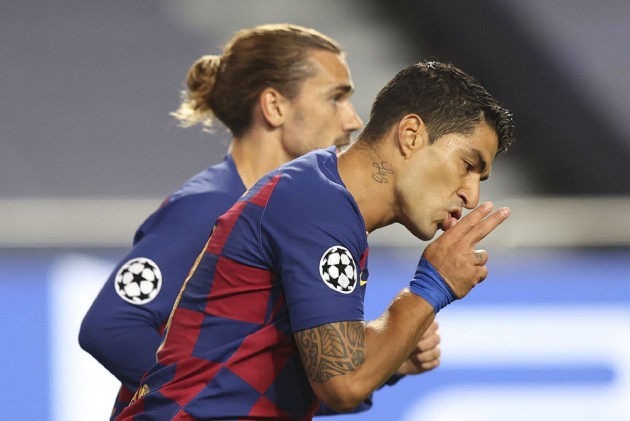 After days of uncertainty, Luis Suarez has reportedly terminated his agreement with Barcelona on Monday. The Uruguayan will now join La Liga rivals Atletico Madrid, according to reports in European media.

Suarez, 33, will leave Barcelona one year before the expiry of his contract and has agreed to renounce part of the salary.

It's also reported that the former Liverpool forward will stop by Barcelona's training ground later in the day to say goodbye.

Suarez, a perfect number 9, joined Barcelona six years ago. He scored 198 goals in 283 appearances to become Barca' third all-time leading scorer. In the process, he won 13 trophies including a treble in 2015. And he was the Golden Shoe winner in 2016 with 40 goals.

Suarez last appeared for the Blaugrana in the 8-2 hammering by Bayern Munich in the Champions League quarterfinals last month.

He has since been ignored by the new head coach Ronald Koeman, and even told that he and Arturo Vidal do not feature in the Dutchman’s future plans.

Earlier, Lionel Messi, who himself tried a failed bid to leave Camp Nou, posted a message to Vidal as the midfielder prepared to join Inter Milan.

Serie A champions Juventus were initially reported to be Suarez's new home. But a move to Turin failed to materialise as the process of securing an Italian passport for a player who turns 34 presents problems.

Suarez needs that citizenship to be eligible for a move, given the Bianconeri have filled their quota of non-EU players, and he is reportedly eligible to apply because of his wife's family background.

But Juventus have questions over how long the passport process for Suarez might take, and head coach Andrea Pirlo had said, quoted in Corriere dello Sport: "It is difficult because looking at the times for the passport ... it is unlikely he will be our centre forward."