She will be the third Indian swimmer at Tokyo Games after Srihari Nataraj and Sajan Prakash qualified to secure direct entries. 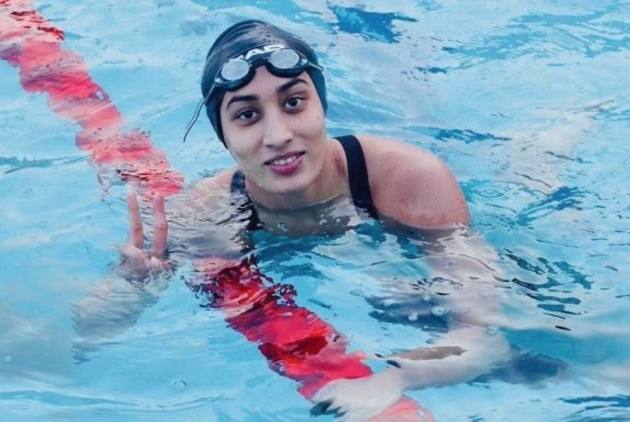 She will be the third Indian swimmer at Tokyo Games after Srihari Nataraj and Sajan Prakash qualified to secure direct entries.

Srihari Natraj officially booked himself a Tokyo Olympics berth on Wednesday after the sport's world governing body FINA approved his 'A' standard qualification time in the men's 100m backstroke time trial at the Sette Colli Trophy in Rome.

Earlier, Sajan Prakash had scripted history to become the first-ever Indian swimmer to breach the 'A' Olympic qualification time by clocking 1:56:38 seconds in the men's 200m butterfly event. The 27-year-old made the Tokyo Games 'A' standard, set at 1:56.48 seconds, by 0.10 seconds at the FINA-accredited Olympic qualifier.

“It’s an amazing feeling. I have heard about the Olympics from fellow swimmers and watched it on the tele and seen a lot of pictures,” Maana Patel told Olympics.com. She recently set a national record in 100m backstroke in Belgrade.

The 21-year-old sustained an ankle injury in 2019 and only made a comeback earlier this year.
"It was a tough year to come back after the injury," Maana admitted.

"Though the pandemic and the lockdown was a blessing in disguise as it helped me recuperate well, but then later the frustration crept in. I am not used to staying away from the water for this long."

Her first event of the year was Uzbekistan Open Swimming Championships in April, where she clocked 1:04.47 seconds for the gold medal in the 100m backstroke.

"I was happy with my timing in Uzbekistan. Nothing great. But to get back into competitive racing and managing 1:04 was good. I knew I was on the right track."

She had recently taken part in events in Serbia and Italy as a tune up for the Tokyo Games.