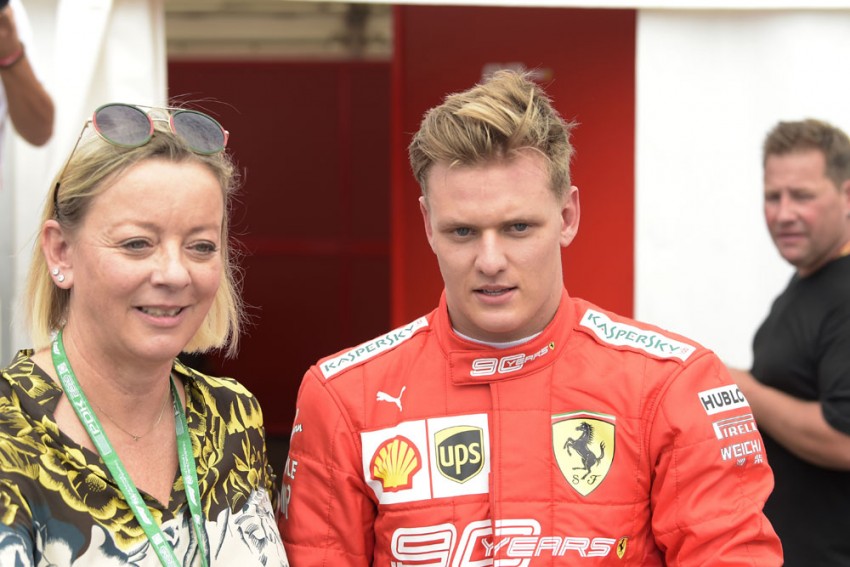 Mick Schumacher has all of the attributes to be a success in Formula One, according to his team principal at Prema Racing.  (More Sports News)

Schumacher, the son of seven-time Formula One champion Michael, has joined Nikita Mazepin in a new-look line-up for Haas in 2021 as Romain Grosjean and Kevin Magnussen move on.

The new Haas pair were Formula Two rivals this year, with Schumacher signing off by sealing the drivers' title in a thrilling second sprint race in Bahrain on Sunday.

Prema Racing chief Rene Rosin played down comparisons between Mick and his father, insisting the 21-year-old is his own – extremely talented – man.

"Mick is Mick," he told Stats Perform. "He's an impressive driver. He tries to understand everything, all the little details.

"He's magnificent on race craft, he's very good at the start and understands perfectly the first lap and that's a great quality in the modern championship.

One of the most challenging but rewarding years ever!

"He's able to attack very hard and also control the situation and manage tyres, and that makes the perfect champion for Formula Two.

"For Mick, Formula One will be a new challenge. He will restart after having won Formula Two. All drivers winning the Formula Two championship are ready for the new step in Formula One.

"He will dedicate all his time and his effort to having a very good season in Formula One. It will be difficult, like all first seasons for drivers making a big step, but I think Mick can do a very good job and, supported by all the people around him, he will have an amazing season."

After winning Formula Three in 2018, Schumacher signed for the Ferrari Driver Academy – his father having driven for the Scuderia – in January of the following year.

Test opportunities followed with Ferrari and Alfa Romeo, whom he was scheduled to represent on his F1 debut this year.

Schumacher was due to take part in the opening practice session at the Eifel Grand Prix, deputising for Antonio Giovinazzi, but poor weather conditions delayed his bow, which will instead now come in a Haas car.