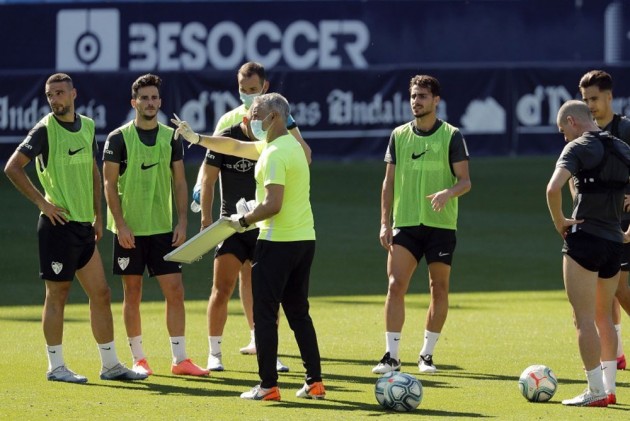 Malaga have announced plans to make widespread redundancies as the true financial impact of the coronavirus crisis begins to show.

The Spanish second-tier club released a statement on Tuesday confirming the proposed cutbacks under an employment regulation file, known as an ERE, which will also affect the playing staff.

Football in the country has been on lockdown since March and no specific date has been set for its return.

With revenue drying up and wages still to pay, Malaga – who reached the Champions League quarter-finals in the 2012-13 season – are reported to be looking to offload up to 50 employees in a bid to safeguard the club's future.

"The club announces that it has taken the decision to present an employment regulation file for the termination and/or suspension of employment contracts," the statement read.

"Over the past few months, the entity has been undertaking various measures to ease the difficult economic situation it is experiencing. The restructuring of the club joins this package of necessary measures to ensure the permanence of Malaga Club de Futbol.

"The entity thanks fans and season ticket holders for their support during these difficult times and asks for their understanding in light of this complex process that starts today and that the entity will endure in the coming months, with the sole purpose of committing to the future of our shield."

Malaga, 14th in the Segunda Division, narrowly missed out on an immediate promotion back to LaLiga last season, beaten in the play-offs by Deportivo La Coruna.

The club has endured financial difficulties in recent seasons and, in February, president Abdullah bin Nasser Al Thani was removed from office for a six-month period, with a judicial administrator placed in charge.