From back threes to false nines, what are the key elements in the Champions League tactical battle between Pep Guardiola and Thomas Tuchel? 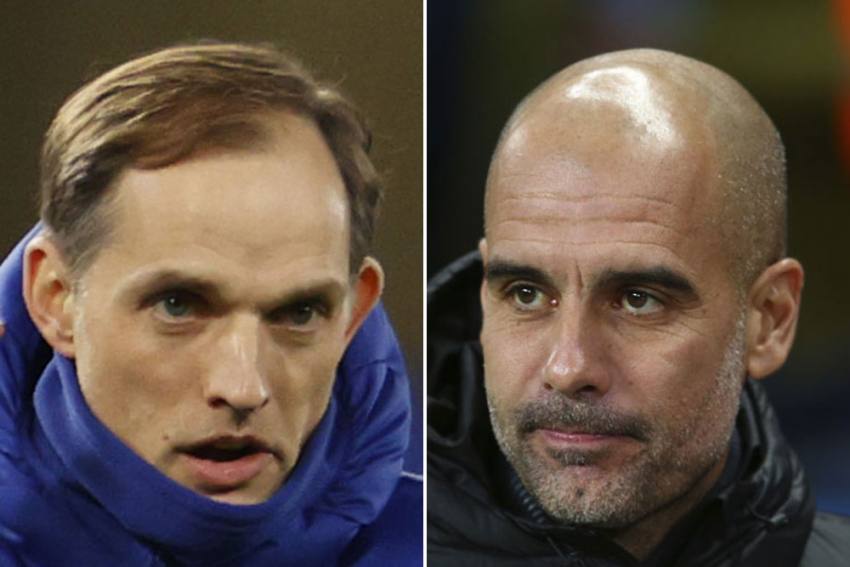 Pep Guardiola and Thomas Tuchel's fondness for sharing a few drinks and intense tactical discussions during their time in Germany has been frequently referenced this week. (More Football News | Live Streaming )

In Porto, they have a perfect setting. They could sample some of the fortified wine that takes its name from the Portuguese city, settle in for a Douro Valley red, some Vinho Verde or perhaps a pint of Super Bock or Sagres.

Of course, Saturday's Champions League final between Manchester City and Chelsea means they are unlikely to find the time and that's before we consider the 10:30pm curfew in place as part of Portugal's COVID-19 measures.

Whoever raises a glass at Estadio do Dragao will do so after a sharp change in fortunes mid-season.

Guardiola said City "were not the team I can recognise" in mid-December before a doubling down on his core principles to inspire a 21-game winning run across all competitions that propelled them towards the Premier League title, the EFL Cup and their first taste of European club football's biggest occasion.

Around the same time, Tuchel was days away from the sack at Paris Saint-Germain and Chelsea were top of the Premier League. By the end of January, he was installed at Stamford Bridge as Frank Lampard's successor to helm a team in freefall. They have not looked back.

Take the ball, pass the ball

Handily, when it comes to comparisons, Tuchel took over at the halfway point of the English top-flight season in terms of games played.

Lampard's Chelsea won eight, drew five and lost three of their 19 games this term, with Tuchel improving those returns to W11 D5 L3. Two of the three losses came in the final three games of the domestic season.

"[Keeping] the ball is the best way to defend and people have to keep the ball in difficult circumstances," Guardiola said when discussing City's newfound solidity this season – and it is a view to which Tuchel certainly subscribes.

His Blues average 654.2 passes per game in the Premier League, compared to 613 under Lampard. Despite Chelsea's well-documented struggles in terms of prolific goalscoring, their touches in the opposition box are up from 26.1 to 30.3 every 90 minutes.

At the other end, they are facing fewer shots (7.6 down from 10.1) and their expected goals against (xGA) figure has dipped from one per game to 0.6. 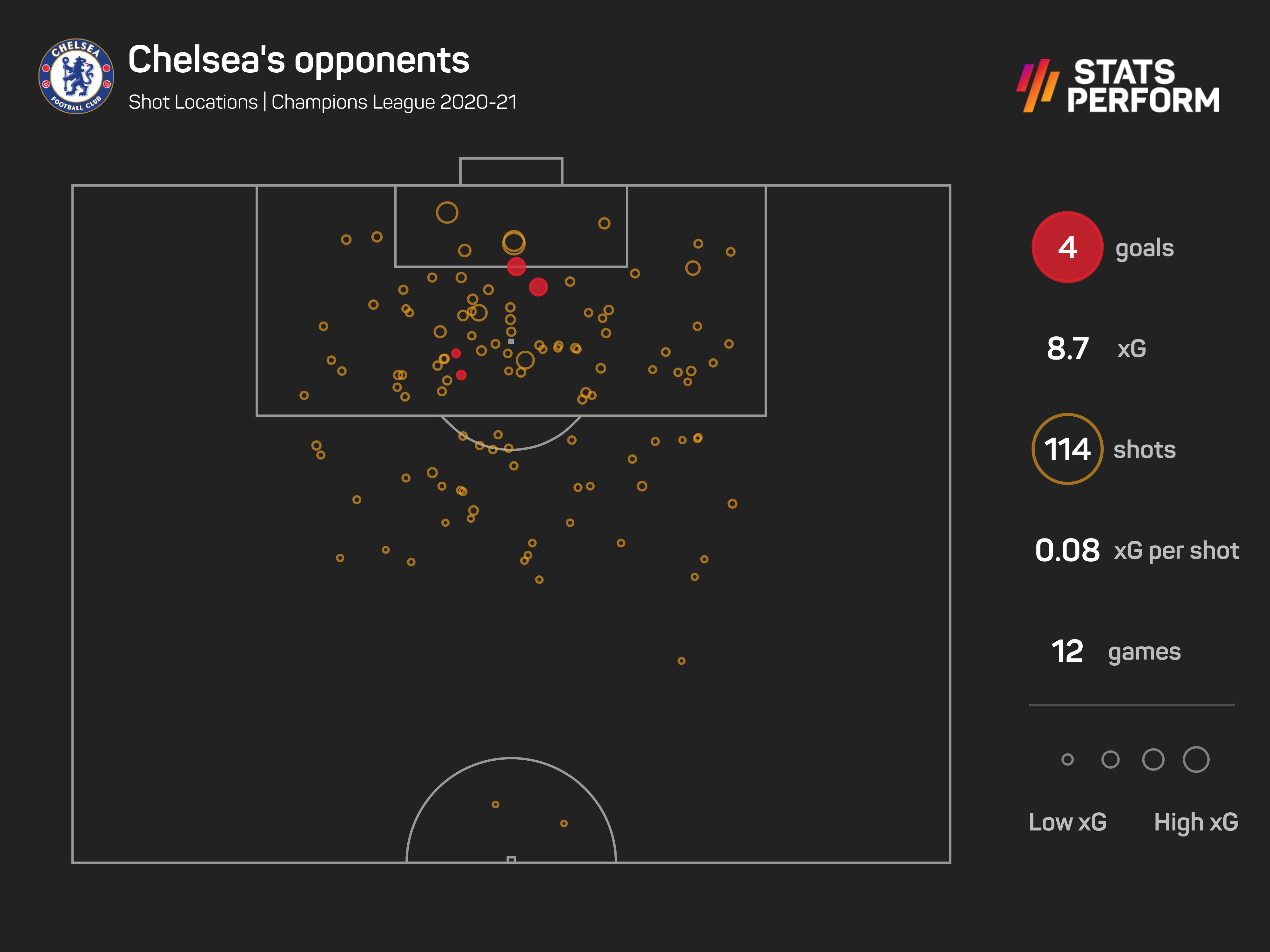 In short, they are keeping the ball more and facing fewer shots, partly because more of their possession is happening in the opposition box. Playing against Tuchel's Chelsea, you are likely to find the ball further away from where you ideally want it.

Three is the magic number

Once teams manage to glimpse a fleeting sight of the Chelsea goal, they tend to find a formidable three-man backline in the way. The veteran Thiago Silva has been an assured presence in the heart of defence for Tuchel, with Antonio Rudiger revitalised after struggling under Lampard.

Changing to a 3-4-2-1 formation has been the hallmark of the former Borussia Dortmund coach's reign to date.

"The upside of it is that back three can be more aggressive," former Manchester City defender Nedum Onuoha, who operated at centre-back and right-back during his playing days, told Stats Perform.

"When you're in a two, you're reluctant to go all the way with somebody because it creates a vast amount of space behind you for somebody else.

"But when you have the security of two other players, then a striker dropping short is your invitation to go all the way with them. It suits the way you play because you can defend in a more aggressive manner instead of always worrying about behind you."

While Chelsea have found instant success with this shape since Tuchel's arrival, it is one Guardiola has dabbled in at City but never found his players completely comfortable. What's more, he would probably rather not be facing three centre-backs in his first Champions League final for a decade.

Since the start of the 2019-20 season, City have a 76.7 per cent win rate against teams fielding a back four (P73 W56). This drops to 69.6 per cent versus three/five at the back (P46 W32), still a high win ratio but a notable dip given their incredibly high standards overall.

Not all back threes are created equally, though. Some of the teams to have frustrated City in this shape have used it as a means to get as many men behind the ball as possible and soak up waves of pressure, with wing-backs not overly concerned about matters beyond the halfway line.

Even if Tuchel opts for the more cautious option of Cesar Azpilicueta at wing-back on Saturday, Chelsea certainly do not fall into this category. With N'Golo Kante and the playmaking talents of Jorginho stationed as a deep-lying midfield pairing in front of their central defenders, they have the capabilities to smoothly play through any opposition press. 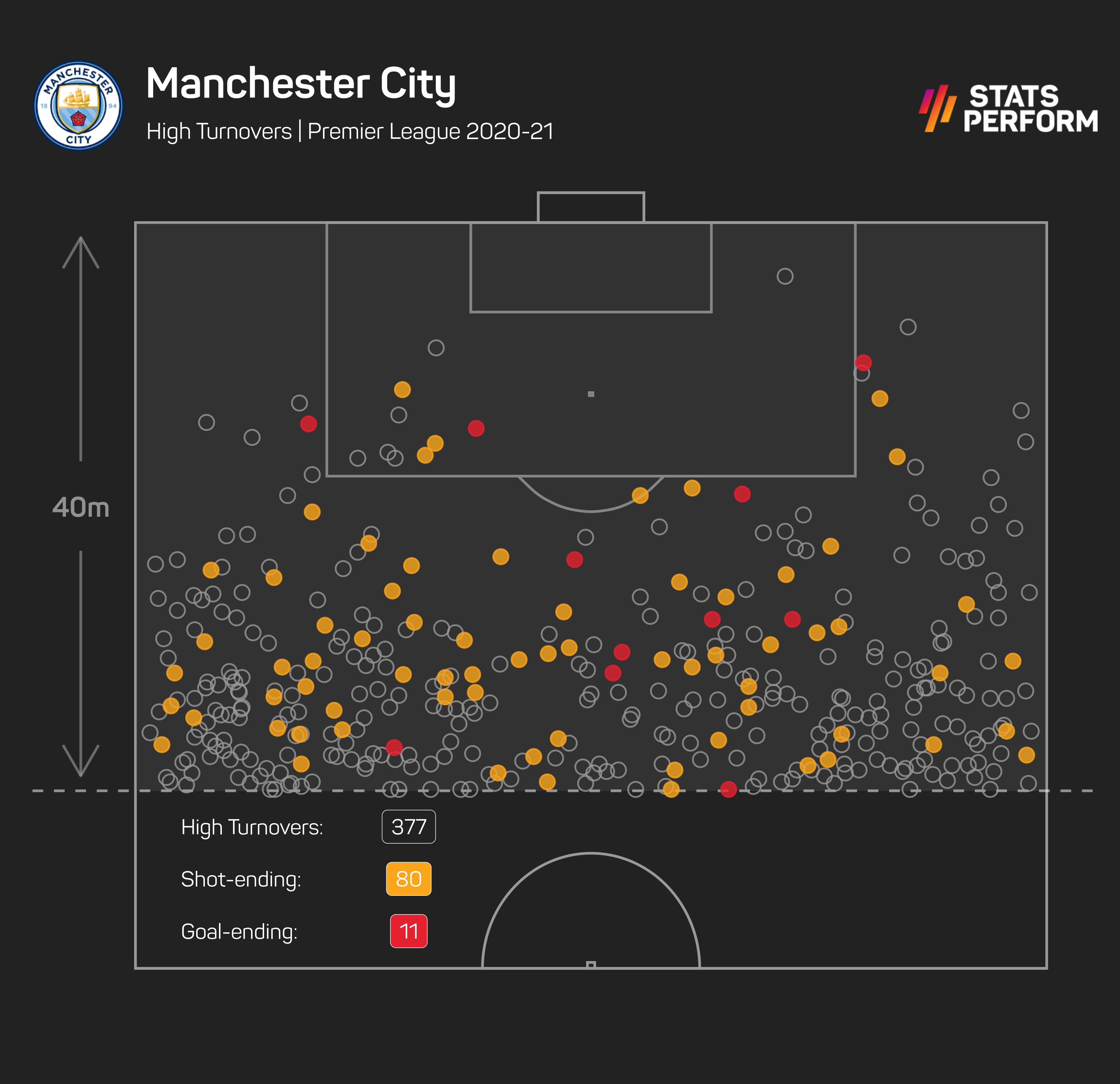 This is an intriguing ploy against Guardiola's men, given the manner in which they made their pressing game more efficient this year. City led the Premier League in terms of high turnovers (377) and shot-ending high turnovers (80), meaning no team was more prolific in terms of regaining possession within 40 metres of the opposition goal.

The champions achieved this despite allowing 11.5 passes per defensive action (PPDA), down from 10.1 last season. They were a little happier to let opponents have the ball and picked their moments to press and turnover possession judiciously.

It is an astute tweak that speaks well of Guardiola's impeccable eye for what he refers to as "the small details", but against a Chelsea team so assured on the ball from deep and with the numbers in terms of centre-backs and holding midfielders in their favour, City's work without the ball in opposition territory will have to be almost perfect.

Chelsea (187) were second to City (220) for build-up attacks in the Premier League in 2020-21 and Tuchel will meet Guardiola head-on in this regard. If they end up pumping it long to Olivier Giroud at some stage, it will mean plan A has failed.

How much bearing Chelsea's two wins against City over the course of the past six weeks will have on proceedings has been a subject to ponder.

Well, not for Guardiola, who insists a 1-0 FA Cup semi-final loss and fairly bizarre 2-1 Premier League reverse will have "zero" impact.

At Friday's pre-match news conference, Tuchel acknowledged Chelsea would face a very different City in Porto but spoke in positive terms about how his team had "closed the gap" over the course of two rehearsals that showed his players the level of "struggle" required to beat these opponents.

The City line-ups for both recent encounters were heavily rotated on the weekends after their respective Champions League quarter-final and semi-final wins over Borussia Dortmund and Paris Saint-Germain.

Such is the strength of City's back-up options that their limp display at Wembley was a disappointment, but a team featuring three central defenders, four forwards and Rodri as a lone central midfielder at the Etihad Stadium looked like wanton deception from Guardiola, not wanting to give Chelsea the full City experience with the final looming. Sergio Aguero's Panenka penalty was perhaps sillier than the team sheet, although it was a close-run thing. 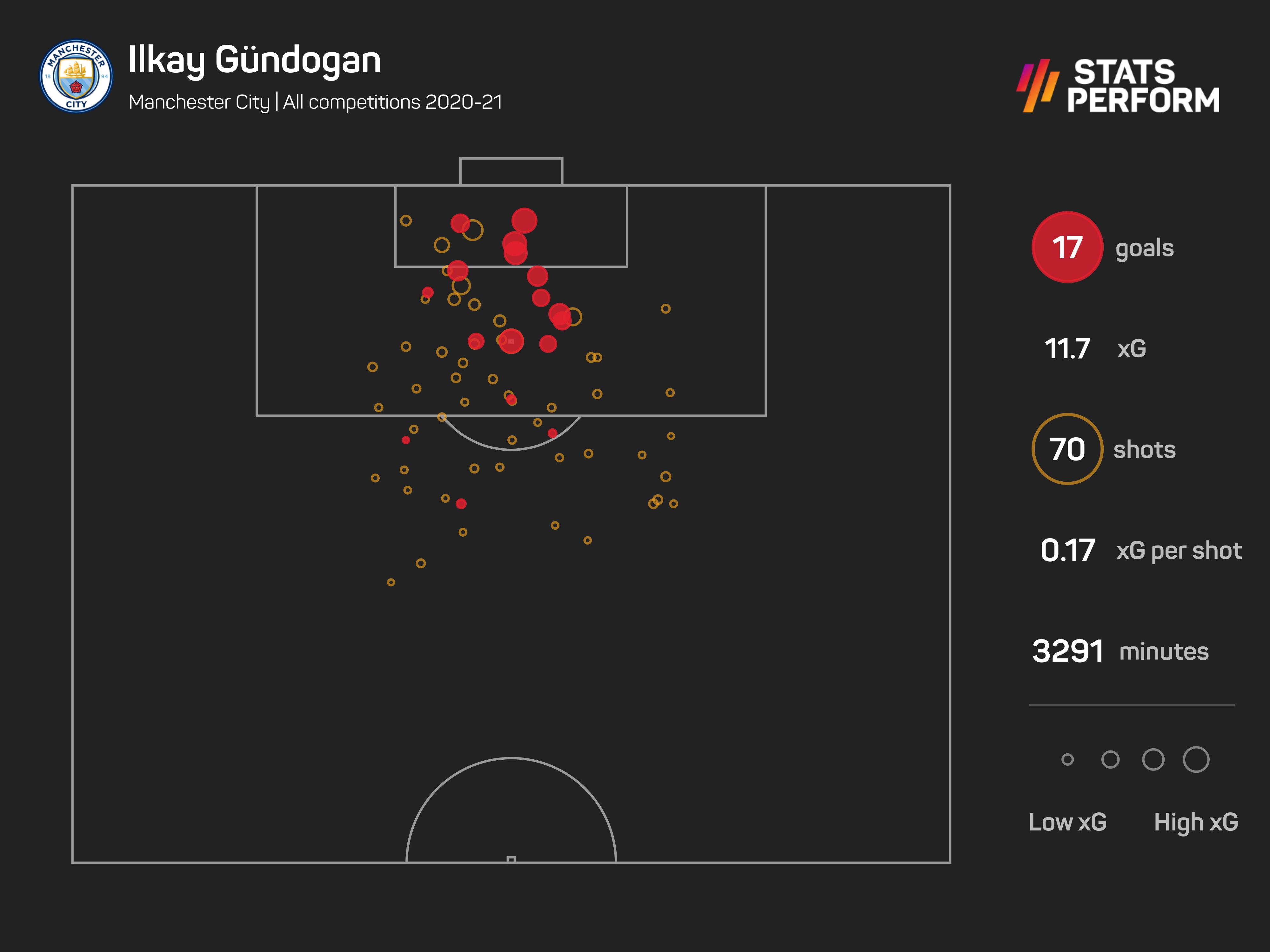 "It'll be interesting. Chelsea have been good at the back because they've been so front foot, but that's when you play against teams with a nine," Onuoha said. "If City go over there with no recognised striker, it puts those three centre-backs in a position they've not had to face before.

"City, as a consequence, could control the midfield more than Chelsea have seen in the past and it will frustrate [Kante and Jorginho] and the defenders, because you can't step out to affect it.

"Playing against false nines is annoying. You're playing against guys with a high football IQ. As a defender, you want to have a match-up with somebody.

"If you play against a team with a really good false nine, they're always right between the six (defensive midfielder) and yourself to the point where you can't drag the six back in to defend against them and you can't venture out that far to deal with them."

Tuchel and Guardiola have been keen dismiss the significance of their battle of wits on the touchline, but whoever prevails will have earned themselves a few big glasses of whatever they fancy.