Man United Vs Man City Live Streaming: When And Where To Watch Premier League's Manchester Derby

The famed rivalry between Manchester United and Manchester City will be renewed again as former champions fight in the Premier League. Check match and telecast details 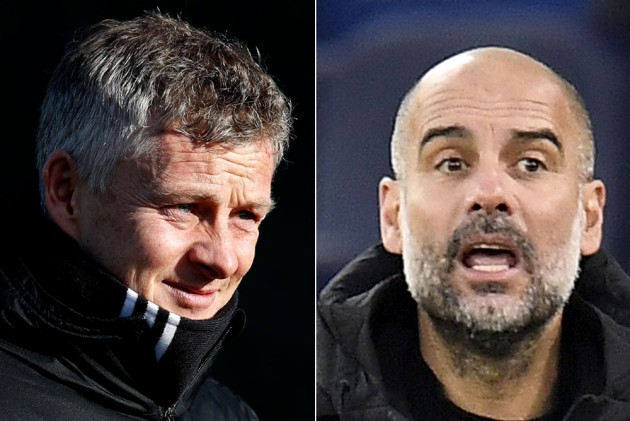 Days after shockingly crashing out of the UEFA Champions League, Manchester United face local rivals City in a massive derby as supporters start returning to Premier League matches. But this edition of the Manchester derby will be the first to be played without fans amid the coronavirus pandemic. (More Football News)

And the narrative is fixed on how United and their manager Ole Gunnar Solskjaer will handle the pressure. In fact, rival boss Pep Guardiola has spent some 'good times' defending United legend and said the Norwegian can surely cope with the strain.

"It is important to know the value of Solskjaer, there is no doubt about this," Pep said on the eve of the match. "I don't have to give him support because he is strong enough and knows how this job works... When we win [people say] we are a genius and when we lose [people say] you have to be sacked. It happens at United and all around the world, it is a reality."

City appear to have turned the corner having moved up to seventh in the table going into the latest round of fixtures, just six points behind early leaders Tottenham with a game in hand.

But Solskjaer's United won both Premier League meetings with City last season. If they win this one, it would be the first time they have taken three top-flight victories in a row against their local rivals since winning four straight between November 2008 and April 2010.

City, though, have won six times at Old Trafford in the last nine seasons and United have struggled at home in 2020-21, earning just four of their 19 points there for the lowest share in the division so far. And the United game gives Guardiola's men a chance to keep three consecutive league clean sheets for the first time since a run of four in April and May 2019.

As things stand before the matchday 12 weekend, Red Devils have one point and one place advantage after ten matches each. They are sixth in the points table with 19 points (six wins, one draw and three defeats). Most of the other teams in the 20-team league have played 11 matches each, with those competing or involved in the continental tournaments have matches at hand.

This will be their 183rd meeting, with United leading the head-to-head record 76-54. 52 matches ended in draws. In the last meeting, United beat City at Old Trafford 2-0 on March 8 earlier this year with Anthony Martial and Scott McTominay on the scoresheet.