For some Manchester City supporters, it was an ill-timed comment that questioned the loyalty of the club’s fan base. 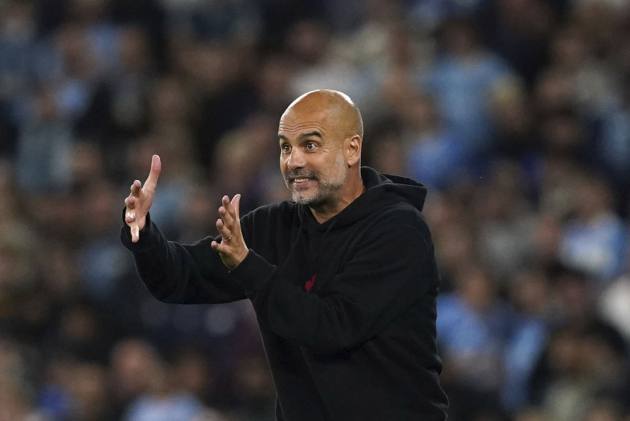 For Pep Guardiola, it was a rallying cry ahead of what he expects to be a tough game. (More Football News)

For some Manchester City supporters, it was an ill-timed comment that questioned the loyalty of the club’s fan base.

A clash has broken out between City's esteemed manager and a section of the team's followers after Guardiola’s plea for "more people" to attend City's Premier League home match against Southampton on Saturday — three days after a hard-fought 6-3 win over Leipzig in the Champions League at Etihad Stadium.

One of the people unhappy with Guardiola's remarks was Kevin Parker, general secretary of City's official supporters' club, who accused the Spaniard of failing to understand the difficulties of attending games on a mid-week evening and playing into the hands of opposition teams’ fans who often taunt City for not having capacity crowds at some matches.

"He's absolutely the best coach in the world but, in the nicest possible way, I think maybe he should stick to that," said Parker, who described Guardiola's comments were "disappointing and uncalled for."

Guardiola responded to Parker on Friday in a news conference ahead of the Southampton game, saying he would "definitely not" be apologizing for his comments and that there had been a "misunderstanding."

Guardiola said he had seen his players look "exhausted" in the locker room after the end-to-end game against Leipzig and quickly realized they would need fans to get behind them against Southampton, given the quick turnaround of the games and Southampton's pressing game and energetic style.

"When you play in the Champion League, it’s so demanding on your physicality, and mentally, when they (Southampton) have a long week to prepare the game," Guardiola said.

"So that’s why we need to be all together — the players, the supporters, everyone, to help us to do our best. I know exactly our fans will be there tomorrow to support, and hopefully Mr. Parker can come to watch us.

City has struggled to fill the Etihad for some home games in the Champions League, especially in the first one of each season's group stage. It has led to some rivals fans using the nickname "the Emptyhad."

There are some reasons given for the lower European attendances — some fans' disaffection with the tournament organizer, UEFA, for what they perceive as unfair sanctions handed to, or affecting, City in the Champions League;

City being involved in games in so many competitions that fans pick and choose matches; the pandemic affecting fans’ finances; a digital ticketing system that doesn’t allow fans to transfer tickets to others if they can't attend a mid-week game.

The fan bases of City's main rivals in English soccer, including Manchester United and Liverpool, are far bigger globally.

"We are who we are. We are proud of who we are," Guardiola said. "I know the history, I learned about the history of this club when it was in the lower division, and what it means to travel and follow the team. I respect it a lot."

City has had near-capacity crowds for its first two home matches of the Premier League season — 5-0 wins over Norwich and Arsenal.