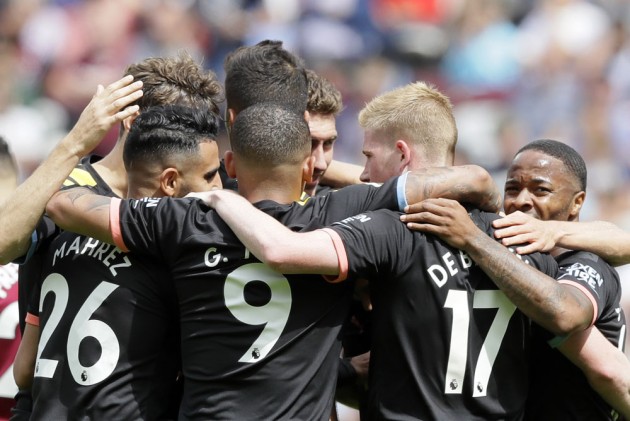 Manchester City have avoided a transfer ban after FIFA confirmed the club will only receive a fine for breaching regulations relating to the signing of young players. (Football News)

The Premier League champions have been ordered to pay CHF370,000 (£314,577) for breaching article 19 of FIFA's rules on the status and transfer of players.

However, City will not face a transfer ban like that which FIFA handed down to Chelsea in March for similar offences.

Like Chelsea, FIFA has found City to be in breach of regulations regarding the recruitment of youth players.

LaLiga giants Barcelona, Real Madrid and Atletico Madrid have also been handed punishments for similar offences within the past five years.

However, FIFA's Disciplinary Committee "took into account the fact that Manchester City FC accepted its responsibility", meaning the club was only issued a fine.

City said in a statement: "The club accepts responsibility for the breaches which arose as a result of misinterpretation of the regulations in question.

"All of the breaches occurred before December 2016 when guidance on the interpretation of the provisions was issued, since which date Manchester City has been fully compliant.

"The club regards highly and shares FIFA's determination to ensure the protection of minors in football and has cooperated fully with the investigation which has been transparent and evidenced-based at all times."

Chelsea were given a two-window transfer ban and were "astonished" when FIFA's Appeals Committee refused to suspend the sanction when the Blues appealed against the punishment.

"The club acted in accordance with the relevant regulations and has already notified FIFA of its intention to appeal against the Disciplinary Committee's decision and sanction," they said.

Frank Lampard's side were unable to register new signings in the most recent transfer window and will also be banned from doing so in January.