Guardiola, 50, said he plans to see out his contract with Manchester City and could go into international management after that 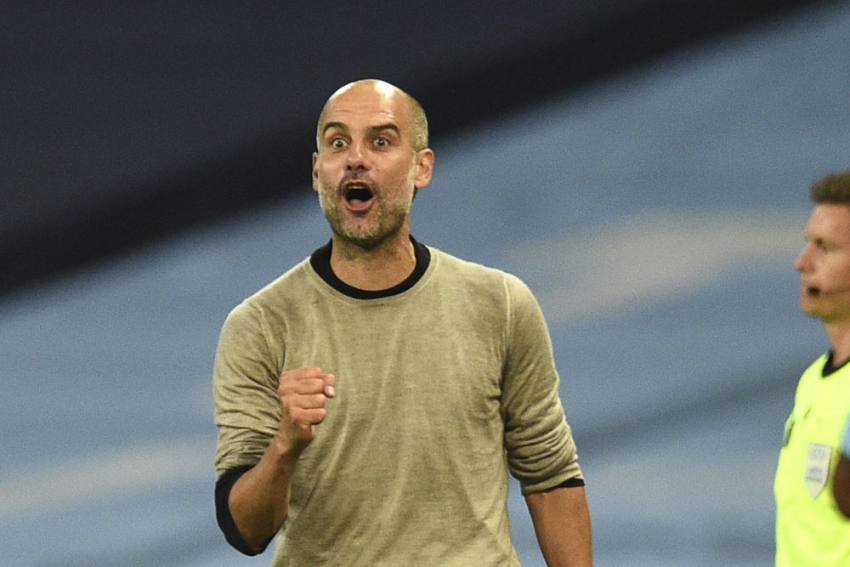 Manchester City manager Pep Guardiola says he'd like to coach a national team after his contract with the English club ends in 2023. (More Football News)

Speaking to Brazilian investors on Wednesday, the 50-year-old Spaniard said he plans to see out his contract with City but could go into international management after that.

"The next step will be a national team, yes, if there's a chance," Guardiola said in an online forum for Brazilian company XP Investimentos.

"I must have a break after seven years (at City), I need to stop to watch, learn from other players and maybe that is the road I will take. ... I would like to coach at the Euros, a Copa America, a World Cup."

Guardiola didn't say if he'd consider any other national team than Spain, but said he didn't expect to get hired by “important national teams like Brazil", which never pick foreigners for the job.

Guardiola also praised Brazil's current squad, led by coach Tite, as one of the top contenders for the World Cup title in Qatar next year.

"It is a fantastic national team. Brazil is always a strong candidate or the favourite. It always was and it will always be," he said. (AP)