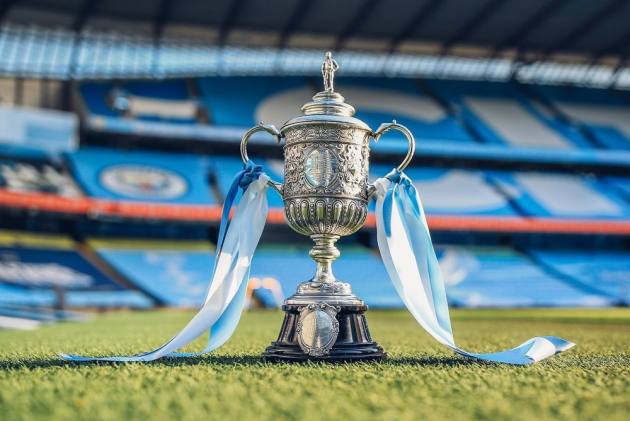 The owner of Manchester City has bought the oldest surviving FA Cup trophy, which the club won in 1904 for the first piece of silverware in its history. (More Football News)

The cup — used in the competition from 1896-1910 — had been removed from the National Football Museum in Manchester in 2019 and put up for auction by its then-owner.

Sheikh Mansour bin Zayed, City's owner since 2008, bought the cup at auction and loaned it back to the museum in a purchase made "for the benefit of English football," the club said Friday.

We are delighted to announce we are now the proud custodian of the 1896–1910 #FACup following the recent purchase of the trophy at auction by Club owner, His Highness Sheikh Mansour bin Zayed.

"We feared we may never see it again and that Britain would be losing the FA Cup for good," said Tim Desmond, chief executive of the National Football Museum, adding that loaning it back preserves "our sporting heritage in this country."

The club did not disclose the price but Bonhams auction house in London announced in late September that after "spirited bidding" an anonymous buyer paid 760,000 pounds ($1 million) for the cup.

The trophy is considered by England's Arts Council as an item of international historic significance and was lifted by City's players after a 1-0 win over Bolton in the FA Cup final in 1904.

The oldest surviving FA Cup will remain on display at the National Football Museum, courtesy of its new custodians, @ManCity, and club owner His Highness Sheikh Mansour bin Zayed.https://t.co/FgFMyldKe0 pic.twitter.com/VOFRa9MKbn

The club said the victory helped to establish football into Manchester's wider cultural life, with the city better known at the time for its rugby.

"Winning this actual trophy in 1904 was a turning point for the club and for the city of Manchester in that it firmly cemented football in the heart of its community," Man City chairman Khaldoon Al Mubarak said.

City has won the FA Cup six times, most recently in 2019. The team's latest bid to capture the trophy begins on Sunday when Pep Guardiola's side hosts Birmingham in the third round.