Liverpool may be dominating the Premier League, but Jurgen Klopp says that does not mean the rest of the division is poor 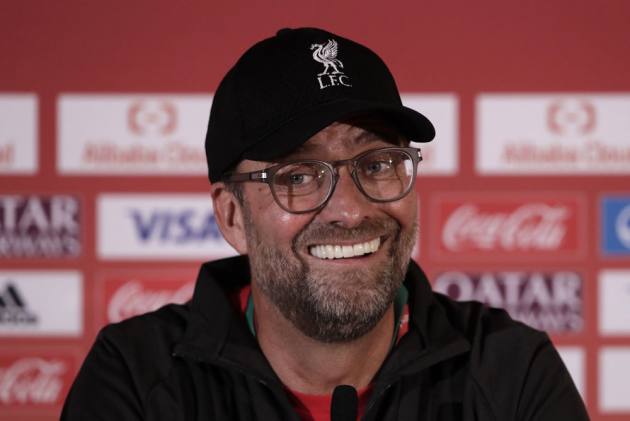 Jurgen Klopp says Manchester City’s defeat of Real Madrid shows the strength of the Premier League despite Liverpool’s massive lead and he believes the Reds can get even better. (More Football News)

Liverpool are a mammoth 22 points clear of defending champions City as they bid to claim a first league title since 1990 in record-breaking fashion.

Klopp's men have dropped points only once all season - in a 1-1 draw at Manchester United – and are set to be crowned champions at a canter.

The German insists this is not evidence of a poor top flight, however, pointing to City's 2-1 Champions League first-leg victory in Madrid as proof Pep Guardiola’s side are still a force to be reckoned with.

"I couldn't care less [what people say]," Klopp said. "Look, it is completely normal. I don't think that we should have any concern for things like this.

"If other people think like that, if they think City are not as good as they were, they are. They have scored a little less goals than us, conceded a few more, and if you look why, it is clear they have been missing some players.

"Yes, [Tottenham and Chelsea] have had some problems, that's all true. But in the moment that you play them, you don't feel that they have these problems. The points they have, we have no influence on that apart from the games when we play them.

Manchester City have beaten Real Madrid for the first time in their history #UCL pic.twitter.com/cw0eVart0E

"So, [Liverpool's dominance] says nothing about the quality of the Premier League, especially when you look at City v Real Madrid.

"I know that people look at these things, and you saw one of the best teams in the world maybe in the moment, and City were clearly better, so that shows as well how strong the league is."

However, Klopp still sees room for Liverpool to improve "in all departments", even if results could hardly be better.

"There is still a lot of work to do and a lot of space for improvement," he said.

"You see our games and result-wise it looks okay, but performance-wise there is a lot of space for improvement. That is what we work on and try constantly through the week.

"Result consistency is maybe difficult to improve because that is close to perfection, obviously, but it is possible to improve the performances in all departments.

"There are so many things you can improve that that will never end."