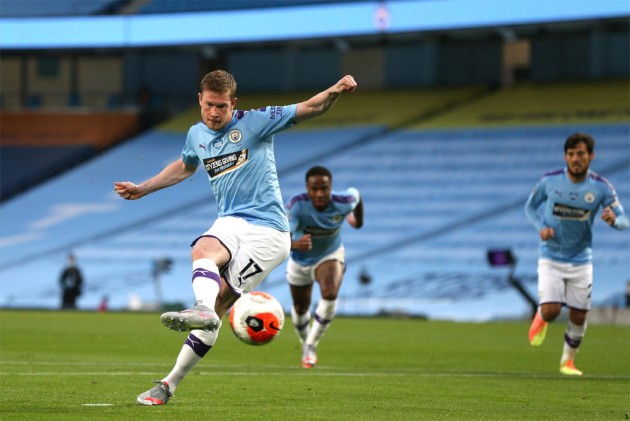 Manchester City star Kevin De Bruyne has been crowned the Premier League Player of the Season for 2019-20. (More Football News)

The Belgium international was awarded the prize following a vote by fans, club captains from England's top flight and a panel of experts.

The 29-year-old was City's standout player as they finished second to Liverpool in the title race, scoring 13 goals and registering 20 assists, which equalled Thierry Henry's record for a single season set back in 2002-03.

His victory denies Liverpool a clean sweep of the top Premier League prizes, with Alexander-Arnold having won the Young Player of the Season award and Jurgen Klopp having been named Manager of the Season.

Introducing your 2019/20 @EASPORTSFIFA Player of the Season...

The midfielder is the third Belgian to claim the honour after former team-mate Vincent Kompany in 2011-12 and ex-Chelsea star Eden Hazard in 2014-15.