Sergio Aguero did not feature for Manchester City against Birmingham City in the FA Cup as he had to self-isolate, Pep Guardiola said 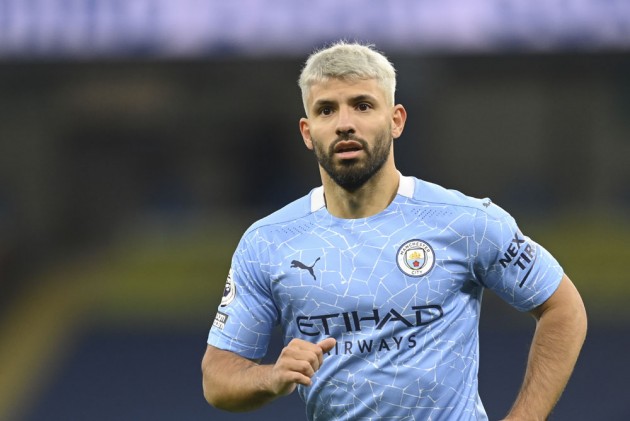 Manchester City striker Sergio Aguero is in isolation after coming into contact with someone who tested positive for coronavirus. (More Football News)

Aguero was expected to feature in Sunday's FA Cup clash with Birmingham City at the Etihad Stadium after recovering from knee and hamstring problems.

However, he was not in the matchday squad, with Gabriel Jesus starting the 3-0 victory over the Championship side.

"Unfortunately, he was in contact more than usual with one person who is positive," Guardiola said after the match. "He must isolate for a few days.

"I don't know exactly because he has been tested like all of us six times in the last 10-15 days so it is negative. Today I think he was negative too but the protocols says in some cases isolate, and in other cases we still play football.

"He was not able to play today."

Aguero, whose contract expires at the end of the season, has only made three starts for City in all competitions in 2020-21.

In his absence on Sunday, two goals from Bernardo Silva and another from Phil Foden secured City's place in the fourth round of the cup.

Guardiola's men return to Premier League action at home to Brighton and Hove Albion on Wednesday and host Crystal Palace next Sunday.