Manchester City Vs Arsenal, Live Streaming: When And Where To Watch Premier League Football Match

Check match and telecast details of Manchester City vs Arsenal football match. City are unbeaten in their last 11 league games against Gunners 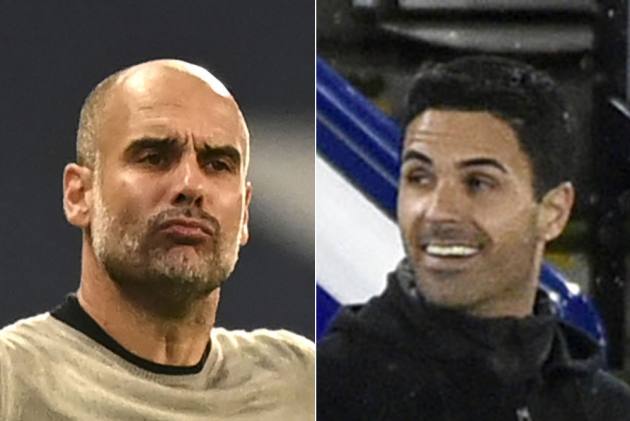 City, having failed to convince Tottenham to sell Harry Kane, were reportedly chasing Ronaldo. But as it turned out, Cityzens came short in that front that too. So, now focus is now back on the field, where they would love to do the talking.

Facing Pep Guardiola's holders are Arsenal, with his former apprentice Mikel Arteta still trying to settle into his job as Gunners boss. Not an easy one. But there is a growing sense that Arteta is running out of time.

After failing to qualify for Europe for the first time in 25 years, Arsenal started the 2021-22 EPL season with back-to-back defeats -- losing to promoted Brentford, then suffering another London derby low against Chelsea. They somehow salvaged some pride with a 6-0 mauling of West Brom in the League Cup, but face a litmus test against City away at Manchester.

Another defeat today, and it will be the first time that Arsenal have lost their first three games in a top-flight season.

Manchester City have won 10 of their last 11 games against Arsenal. Arsenal's eighth consecutive league loss to City is their joint-worst run (Leeds) against one Premier League side.

But Arsenal still lead the head-to-head record 98-60, with 45 matches ending in draws.