Manchester City's 1-0 win over Brentford in the Premier League 2021-22 helps them finish 2021 on 50 points. Chelsea, who drew against Brighton, are second while Liverpool are at third place on 41 points. 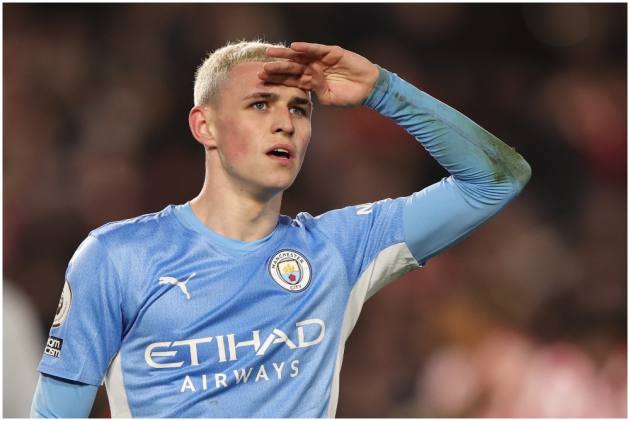 Manchester City’s grip on their Premier League 2021-22 title hasn’t been this strong all season. A 1-0 win at Brentford on Wednesday, coupled with Chelsea conceding a stoppage-time goal to draw 1-1 against Brighton, left the defending champions with an eight-point lead heading into the new year. (More Football News)

It has been an almost perfect 24 hours for City, which saw Liverpool — another rival for the title — surprisingly lose 1-0 at injury-hit Leicester on Tuesday. Chelsea has moved a point ahead of third-place Liverpool before their meeting at Stamford Bridge on Sunday when at least one of the teams will drop points.

Liverpool has a game in hand, but will soon lose star forwards Mohamed Salah and Sadio Mane to the African Cup of Nations. City weren’t at their fluent best against Brentford — Pep Guardiola’s team came into the match having scored 17 goals in its last three matches — but still did enough to earn a 10th straight win in the league.

“I am not going to believe you when you say it is already done,” Guardiola said. “There are 54 points still to play for.” Yet City are even winning when not playing its best. Phil Foden grabbed the only goal in the 16th minute, diverting a cross from Kevin De Bruyne into the net from close range. Video review showed Foden was just onside when he applied the finish.

It was the perfect way for Foden to mark his return to the starting lineup, alongside Jack Grealish, after both forwards were dropped to the bench for City's last two games for disciplinary reasons. “Around Christmas you have to keep your foot on the gas and keep focused,” Foden said. “This team is doing that.”

City concluded a calendar year when the team have set English top-flight records for the most victories (36) and the most away wins (19), while their tally of 113 goals is also a Premier League record.

It’s three draws in four league matches for Chelsea, whose strong early-season form has disappeared. Danny Welbeck earned Brighton a point that was deserved on the basis of the visitors' second-half showing when he headed in a cross from Marc Cucurella in the first minute of stoppage time.

Romelu Lukaku scored for the second straight game to put Chelsea in front in the 28th minute. Making matters worse for Chelsea manager Thomas Tuchel was the sight of right wing back Reece James hobbling off midway through the first half with a hamstring injury.

Chelsea also had to replace another defender, Andreas Christensen, because of a back injury at halftime. Tuchel sounded like he has given up on winning the title, given the number of his players out through injury and illness.

“How should we be in it?” he said. “We have seven COVID cases. We have five or six players out for six or more weeks. How should we compete in a title race? Everyone else who has a full squad, everybody in training has the full power to come through this league. We would be stupid to think we can do it out of COVID and injuries and just play.”