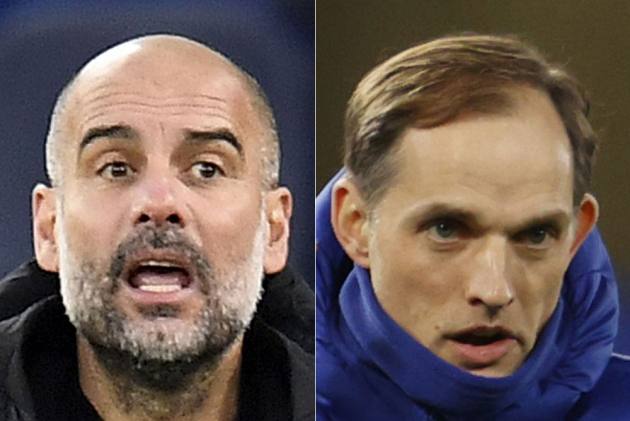 For the third time, two English sides will compete in the final of UEFA Champions League as Premier League champions Manchester City face Chelsea in Porto, via Istanbul, thanks to the COVID-19 pandemic. (More Football News)

Chelsea came very close to winning their first title in 2008, but lost to Manchester United on penalties 5-6 in Moscow. The Blues eventually lifted the title four seasons later. Then, there was the 2019 final between Liverpool and Tottenham.

This will also be the third time a team will play their first Champions League final, with Manchester City following and Tottenham and Paris Saint-Germain.

City, under Pep Guardiola, are targetting a treble, having already won the Premier League and League Cup. Chelsea stopped their quadruple bid in the FA Cup semis. City, however, are in some form in the continental tournament. City have won their last seven Champions League matches, which is the longest ever winning run by an English team. Their 11 wins in 12 outings this season is one shy of Real Madrid's all-time record of 12 in 2001-02.

Manchester City are the nominated hosts for the final and up to 6,000 fans from each club are allowed to attend the match.

Chelsea, invigorated by the arrival of a new head coach in Thomas Tuchel, have won the last two meetings against City -- in the FA Cup semi-final at Wembley and the return leg of their Premier League tie at the Etihad. City won the first leg at Stamford Bridge. But in the continental competitions, they have met only once -- in the 1970-71 Cup Winners semi-final -- which Chelsea won.

Chelsea lead the overall head-to-head record, 70-59, including three in the last five meetings. There were 39 draws.

Path to the final

Manchester City: They won Group C, which also had FC Porto, Olympiacos and Marseille -- winning five and drawing one. They scored 13 and conceded one. In the Round of 16, they defeated Monchengladbach 4-0 (2-0; 2-0), then beat another German side, Dortmund 4-2 (2-1; 2-1) in the quarters. In the semis, they defeated Paris Saint-Germain 4-1 (2-1; 2-0). Riyad Mahrez and Ferran Torres with four goals each are the joint top-scorer for the team.

Thomas Tuchel, Chelsea: "As a child, you dream of these matches and it’s like watching the moon - it’s so, so far away. Once you’re in it, you’re just in it. I don’t hesitate to say that Man. City and Bayern have been the benchmark in Europe this season and last season. We are trying to close the gap and the good thing is, in football, you can close gaps in 90 minutes."